Scotland Beyond the Bagpipes 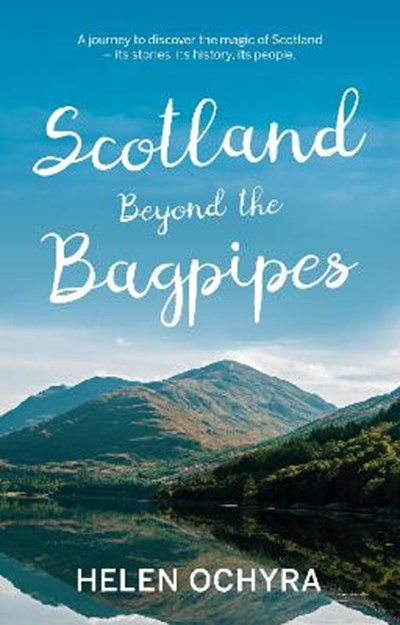 Scotland Beyond the Bagpipes

QTY
Add to Basket
Publisher: The Book Guild Ltd
ISBN: 9781913208103
Number of Pages: 200
Published: 28/03/2020
Width: 13.8 cm
Height: 21.6 cm
Description Author Information Reviews
Like so many people who live south of the border in England, Helen thought that she knew all about Scotland. It was a part of Britain after all, a place that was surely more the same than it was different. But then she actually went there - and everything changed... Helen discovered a place altogether different from her home country down south. Over a few days in Edinburgh, Helen was charmed by Scotland's magic. A spell was cast on her undulating walk across ancient volcanoes - the story of getting from one side of the city centre to the other - and as she was bewitched by the landscape she also found herself charmed by the country's famously chatty people. Helen left wanting more, and so in 2017 - after the sudden loss of her mother - she returned to explore properly. Over three months Helen undertook a personal journey around Scotland, uncovering stories about the history, geography and people of this peerless, magical country.

Helen Ochyra has worked as a freelance travel writer and author for over ten years. She has been published in the Times, Sunday Times, Telegraph, Guardian, Observer, Independent, Evening Standard, Sun and Express newspapers; Wanderlust, Sunday Times Travel, Australia, Britain and Discover Britain magazines. Helen has previously written chapters of the Rough Guides to Australia, Spain and New Zealand and is the sole author of the recently released Rough Guide to the Great West Way.