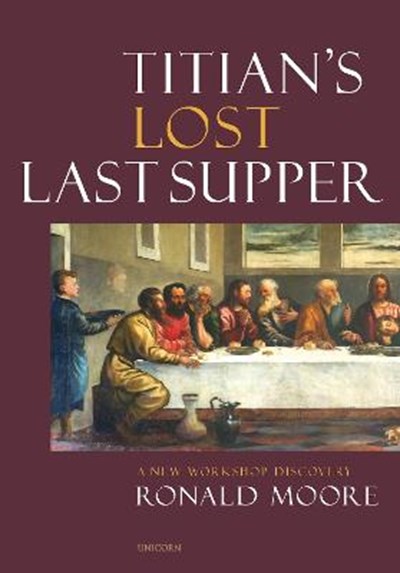 QTY
Add to Basket
Publisher: Unicorn Publishing Group
ISBN: 9781913491437
Number of Pages: 144
Published: 26/03/2021
Width: 17 cm
Height: 24 cm
Description Author Information Reviews
This intriguing book investigates the very rare discovery of a huge, lost, Last Supper painting produced in the workshop of Tiziano Vecellio, known as Titian. The discoloured canvas hung neglected in a parish church for 110 years until the conservator and art historian Ronald Moore removed centuries of discoloured varnish and began to appreciate that something exceptional was being revealed. Following extensive scientific examination, signatures and dates appeared whilst it also became apparent that some faces were actually portraits. The early history of the painting in a Venetian convent was discovered with the enthusiastic help of the modern Venetian, Count Francesco da Mosto, whose family knew Titian. The many painters of Titian's workshop are considered with careful circumspection to determine possible contributors to the Last Supper and the remarkable reason for the many changes, or pentimenti, are explained. After 10,500 hours of research and the translation of countless Italian documents and books, the full history of the painting has been revealed. We now know that the painting is far more than a Last Supper from Titian's workshop, painted by at least five artists over twenty years, but is actually a painting within a painting involving other prominent painters and a denouement unparalleled in Renaissance art.

Ronald Moore studied art for five years at Birmingham, Oxford and Paris before taking his degree at the Courtauld Institute of Art. He then researched early Italian painting and the conservation of early panels. He has lectured in the History of Art and has been a private art conservator specialising in fire, water and bomb damaged art for forty years. He acts as consultant to many auction houses, important private collections, the Church and the Army. In recent years he has returned to the study of painting and art history.