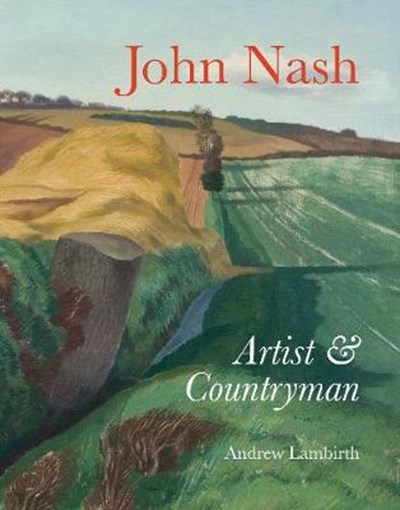 Publisher: Unicorn Publishing Group
ISBN: 9781916495708
Number of Pages: 256
Published: 24/10/2019
Width: 23.5 cm
Height: 30 cm
Description Author Information Reviews
John Nash (1893-1977) is the quintessential 20th century painter of the English countryside, but his remarkable achievement has for too long been overshadowed by the more public persona of his older brother Paul. Yet when we want to summon up an image of an idyllic summer's day, it is John's 1919 painting Th e Cornfield that we remember, not one of Paul's. Nash began as a watercolour painter, and the medium remained his mainstay throughout a long career. He also worked regularly in oil paint, and his two great World War I paintings, Oppy Wood and Over the Top, both in the Imperial War Museum, are early examples of his success with this very different technique. An immensely skilled draughtsman, Nash turned this linear expertise to good effect in his wood engravings. He also excelled at comic drawing. A dedicated gardener and plantsman, his botanical studies are of real quality. As Andrew Lambirth remarks, `In Nash's best work the vision is clear, the eye sharp and the sense of pictorial design difficult to fault'.

Andrew Lambirth (born 1959) is a writer, critic and curator. He has written on art for a number of publications including The Sunday Telegraph, The Spectator, The Sunday Times, Modern Painters, The Art Newspaper and RA, the Royal Academy magazine. Among his many books are monographs on Craigie Aitchison, Stephen Chambers, Roger Hilton, Allen Jones, Maggi Hambling, David Inshaw, John Hoyland, Margaret Mellis, LS Lowry and RB Kitaj. He has curated exhibitions of work by Eileen Agar, Peter Blake, Maggi Hambling, Roger Hilton and Cedric Morris for various museums and public galleries. He was art critic of The Spectator 2002-2014 and his reviews have been collected in a paperback entitled A is a Critic. He lives in Wiltshire.