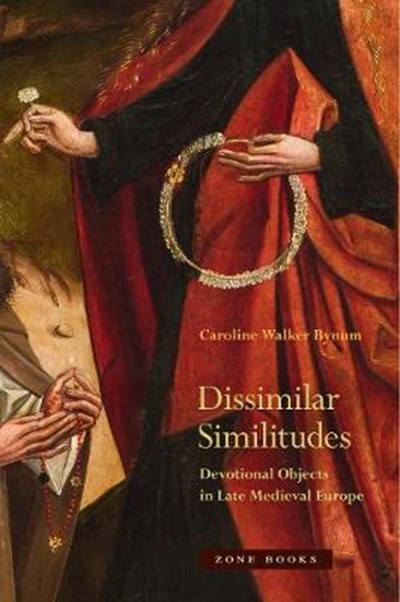 QTY
Add to Basket
Publisher: Zone Books
ISBN: 9781942130376
Published: 29/09/2020
Description Author Information Reviews
From an acclaimed historian, a mesmerizing account of how medieval European Christians envisioned the paradoxical nature of holy objects Between the twelfth and the sixteenth centuries, European Christians used in worship a plethora of objects, not only prayer books, statues, and paintings but also pieces of natural materials, such as stones and earth, considered to carry holiness, dolls representing Jesus and Mary, and even bits of consecrated bread and wine thought to be miraculously preserved flesh and blood. Theologians and ordinary worshippers alike explained, utilized, justified, and warned against some of these objects, which could carry with them both anti-Semitic charges and the glorious promise of heaven. Their proliferation and the reaction against them form a crucial background to the European-wide movements we know today as "reformations" (both Protestant and Catholic). In a set of independent but inter-related essays, Caroline Bynum considers some examples of such holy things, among them beds for the baby Jesus, the headdresses of medieval nuns, and the footprints of Christ carried home from the Holy Land by pilgrims in patterns cut to their shape or their measurement in lengths of string. Building on and going beyond her well-received work on the history of materiality, Bynum makes two arguments, one substantive, the other methodological. First, she demonstrates that the objects themselves communicate a paradox of dissimilar similitude-that is, that in their very details they both image the glory of heaven and make clear that that heaven is beyond any representation in earthly things. Second, she uses the theme of likeness and unlikeness to interrogate current practices of comparative history. Suggesting that contemporary students of religion, art, and culture should avoid comparing things that merely "look alike," she proposes that humanists turn instead to comparing across cultures the disparate and perhaps visually dissimilar objects in which worshippers as well as theorists locate the "other" that gives their religion enduring power.

Caroline Walker Bynum is Professor emerita of Medieval European History at the Institute for Advanced Study, and University Professor emerita at Columbia University in the City of New York. She studies the religious ideas and practices of the European Middle Ages from late antiquity to the sixteenth century. In the 1980s, she worked on women's spirituality in Europe; in the 1990s, she turned to the history of the body. Her recent work, Wonderful Blood (2007) and Christian Materiality (2011), locates the upsurge of new forms of art and devotion in the fourteenth and fifteenth centuries against the background of changes in natural philosophy and theology and reinterprets the nature of Christianity on the eve of the reformations of the sixteenth century. Her essays "In Praise of Fragments" (in Fragmentation and Redemption), "Why All the Fuss About the Body?" (in Critical Inquiry and reprinted in The Resurrection of the Body, expanded edition, 2017), and "Wonder" (in Metamorphosis and Identity) are widely cited as discussions of historical method. Bynum has taught at Harvard, the University of Washington in Seattle, and Columbia University. She was a MacArthur Fellow from 1986 to 1991 and has won the Ralph Waldo Emerson Prize of Phi Beta Kappa, the Jacques Barzun Prize of the American Philosophical Society, the Grundler Prize in Medieval Studies, and the Haskins Medal of the Medieval Academy of America. She has won three undergraduate teaching awards, one from the University of Washington and two from Columbia University. She is a past president of the Medieval Academy of America and the American Historical Association, a member of the American Academy of Arts and Sciences, the American Philosophical Society, and the Orden Pour le Merite fur Wissenschaften und Kunste of the Federal Republic of Germany, and a Fellow of the Medieval Academy of America and the British Academy.