Tom Monaghan, Founder of Domino's Pizza and the Miracles and Pilgrimage of Ave Maria University 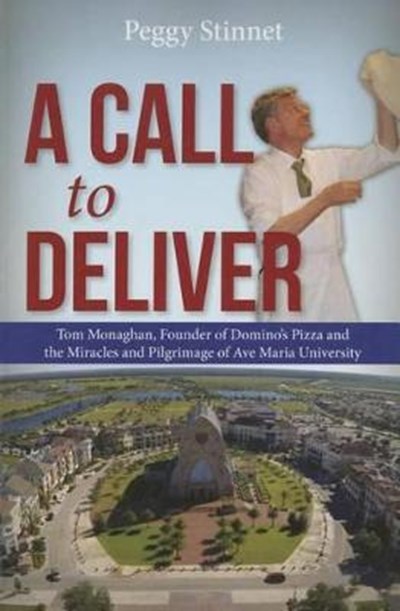 Tom Monaghan, Founder of Domino's Pizza and the Miracles and Pilgrimage of Ave Maria University

Publisher: Carpenter's Son Publishing
ISBN: 9781942557081
Number of Pages: 208
Published: 01/09/2015
Width: 15.2 cm
Height: 22.8 cm
Description Author Information Reviews
A Call To Deliver is the story of how the Lord is in the delivery business and how, in his desire to get all souls to heaven, he would use something as common as pizza to accomplish this plan. Tom Monaghan the founder of Domino's Pizza (Dominus in Latin means Lord) lost his father at the age of 4 and was raised in an orphanage until the age of 12. After that he was bounced from one foster home to another but the one constant in his life was his faith. Always wanting to go to college Tom inadvertently entered into the pizza business to defray costs but after being forced to stay in the business and give up any dreams of college he decided to make it a success. As he went from rags to riches he began to acquire many worldly pleasures and face "the sin of pride". This brought him back to a desire to use his wealth for God. He felt he could support many good causes but he learned from the pizza business to stay focused on the one product that could do the most good. For Tom Monaghan that would be higher education which lead him to founding Ave Maria University. A Call To Deliver is a glimpse of the faithfulness of God in each individual life and how important we are His greater plan for the world. This book is not just about a man but about how God uses simple substances to create His greatest miracles.

Peggy Stinnet moved with her family to the town of Ave Maria in 2007 from Traverse, City Michigan. She has worked as a volunteer for the Ave Maria Founders Club and the Conference Center. As a Community Contributor for the Naples Daily News she regularly wrote articles about the university and town titled "The Ave Voice."