SPIRITUAL STEPS ON THE ROAD TO SUCCESS

GAINING THE GOAL WITHOUT LOSING YOUR SOUL 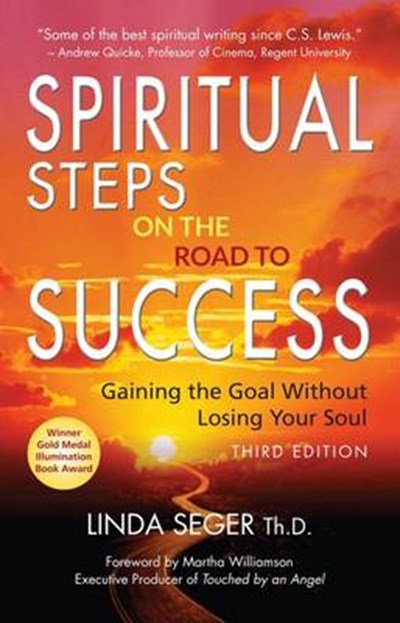 SPIRITUAL STEPS ON THE ROAD TO SUCCESS

GAINING THE GOAL WITHOUT LOSING YOUR SOUL

Publisher: Carpenter's Son Publishing
ISBN: 9781942557784
Number of Pages: 289
Published: 01/06/2016
Width: 12.7 cm
Height: 19 cm
Description Author Information Reviews
For decades, many of us have concentrated on personal success at the price of our spirituality. Now, Dr. Linda Seger, a successful Hollywood insider who has dealt with the competition and worldly spirit of the film and television industry, reveals how you can attain your goals and desires without compromising your relationship with God. Dr. Seger tackles these important issues: how do you identify your calling? Handle risk? Cope with praise or blame? Identify and confront evil in our work? Deal with competition? Take the Leap of Faith? Meet and overcome the Seven Deadly Sins? The book is based on her own experiences while trying to build her career as she became a world-renowned script consultant. She also interviewed over 30 people from all six continents and from the arts, the sciences, and business and reveals and identifies success and spirituality issues that have rarely been discussed before. The book won the "Enduring Light/ Inspirational" Illumination Book Award for Exemplary Christian writing.

Linda Seger has encouraged the empowerment and appreciation of women's wisdom for most of her life. Her mother, Agnes Katherine Graebner Seger, was the most magnificent woman she ever met - a mother who nurtured and supported her pursuit and love of drama, creativity, and theology. Linda has three M.A.s including one in Feminist Theology, and a Th.D. in drama and theology. She founded the script consulting profession and is considered one of the foremost script consultants in the world. She has lectured in over 30 countries and is the author of 13 book, 4 on spirituality and 9 on writing and film, including When Women Call the Shots: the Developing Power and Influence of Women in Television and Film. Linda received the Moondance Women's Film Festivals Living Legacy Award for her work in support of women in the entertainment industry.