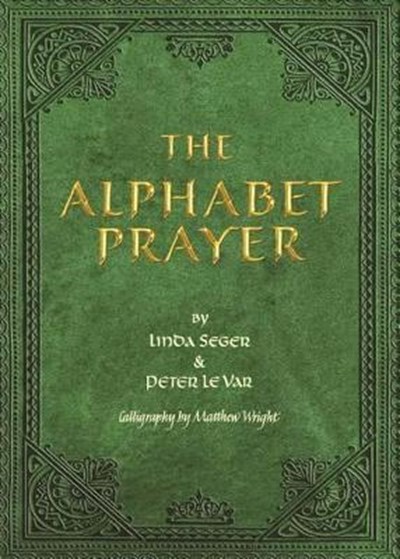 Publisher: Carpenter's Son Publishing
ISBN: 9781942557852
Number of Pages: 64
Published: 01/12/2016
Width: 12.7 cm
Height: 17.7 cm
Description Author Information Reviews
In 2001, Peter and Linda were ready to start a vacation when Peter herniated two discs in his spine and was flat on his back for three months. The pain of the injury was crippling and overwhelming. Quieting down seemed more nurturing than acting up. Peter's years spent as a Quaker learning to listen and ponder in silent worship came to his aid. He prayed and, at one point, distinctly felt the remarkable hand of God. He had read the Bible before, but now turned to Psalms and the Gospels with which he felt the healing reverberations. While Peter was healing, he began a ritual of prayer. First he'd recite The Lord's Prayer and the Prayer of Jabez. Then, he said his own prayers, expressing his needs and wants. In order to remember all the requests, Peter began creating the Alphabet Prayer, such as: "Compassionate God, Calm Me and Comfort Me and Forgiving Father, Feed Me with Faith and Favor." He eventually mentioned The Alphabet Prayer to his wife, an author. Linda replied, "Honey, I think you have a book!" Linda suggested they add to it further by drawing on the many names and attributes of God. They then asked a calligrapher to illustrate it. Linda and Peter are both Christians, but they tested the book with Christians, Jews, and Muslims, all of whom found it resonated emotionally and intellectually with them. Even an agnostic was surprised by how much he liked it, and found it clever and wise!