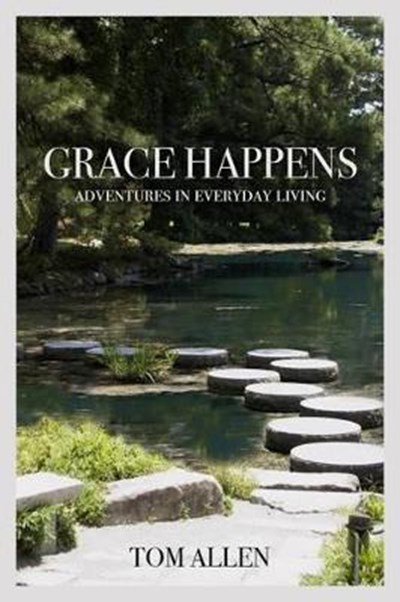 Publisher: Carpenter's Son Publishing
ISBN: 9781942557920
Number of Pages: 112
Published: 01/03/2017
Width: 12.7 cm
Height: 20.3 cm
Description Author Information Reviews
It's all grace: fender-benders, being told to stay after school, calling 911, 12-step groups, the Easter goat, forgetting your suit for the wedding--even sticking your finger in the electric outlet. Come along on a newspaper columnist's adventures, both whimsical and serious, as he attempts to spot glimpses of the grace that surrounds us every day. If we have eyes to see, ears to hear, and a heart that's at least a little bit open, grace can turn up in the most unexpected ways and places. We can sense God's presence. And it almost always brings a smile, even if paramedics are involved.

Tom Allen has been a writer and journalist for 30 years and a regular contributor to the Faith & Values column of the Richmond Times-Dispatch for the last five. He has served as the editor of the Virginia Journal of Education since 1990. His columns have appeared in newspapers and magazines across Virginia and in the Pittsburgh Post-Gazette.