From Prophecy Into History

Proof of God's Hand on the Bible 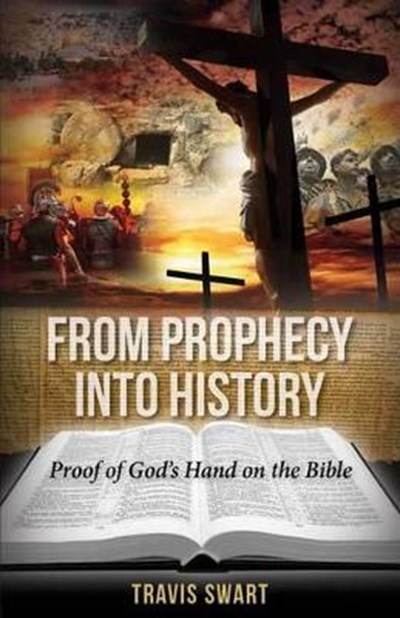 From Prophecy Into History

Proof of God's Hand on the Bible

Publisher: Carpenter's Son Publishing
ISBN: 9781942587187
Number of Pages: 240
Published: 01/10/2015
Width: 15.2 cm
Height: 22.8 cm
Description Author Information Reviews
Was the Bible written by mere men? Or was there a higher power behind every stroke of the pen? If I could prove to you that there was, would you be more inclined to believe what this Word of God has to say? From Prophecy Into History draws on archaeology and the pages of non-biblical history to reveal that the prophets of the Bible possessed explicit foreknowledge of the distant future, which only a timeless God could provide. From the details of Jesus' coming and purpose, to the circumstances of Israel's destruction and twentieth-century restoration and rise to power, you will see how these prophets time and again hit their mark-how their ancient words became reality in the headlines of history. Like no other religious text on Earth, these fulfilled prophecies show God's divine hand on the Bible and its authors. They prove that the Scriptures are beyond the fallible conspiracies of men and instead hold the truth to mankind's salvation, Jesus Christ. God's plan for the redemption of his creation has been in motion since the dawn of man and has been laid out in Scripture for all to see . . . as both hope and warning. What remains is for us to decide whether or not we will accept the truth of God's Word, as the final prophecies of his plan count down to the biggest event since the coming of Jesus to this earth-his second coming.

Travis grew up in the suburbs of Columbus, OH in a strong Christian home. While there, he received a technical degree from The Ohio State University and commissioned directly into the Air Force in 2006. While stationed in Arizona, he met and married his wonderful wife, Catherine. There he began his personal study of Christian apologetics and biblical prophecy in 2012. He remains on active duty and is continuing his education through Biola University where he achieved the Certificate of Achievement in the Study of Christian Apologetics in 2015. He continues to pursue a masters degree in the same area of study.