U-Turn in the Single Lane 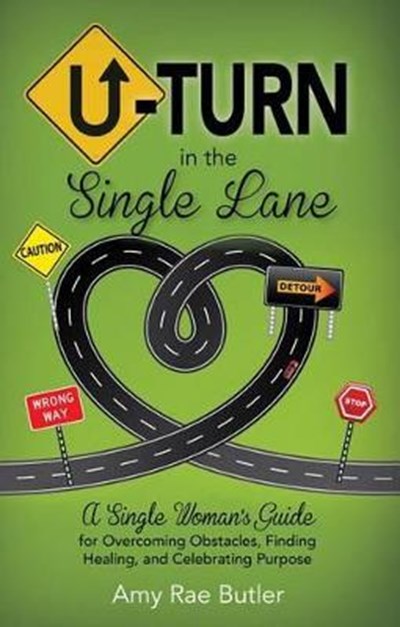 U-Turn in the Single Lane

Publisher: Carpenter's Son Publishing
ISBN: 9781942587460
Number of Pages: 160
Published: 01/08/2016
Width: 14 cm
Height: 21.6 cm
Description Author Information Reviews
If any woman knows about heartache and poor choices in men, it is Amy Butler. Swept off her feet at the age of twenty-four by a handsome Christian businessman, her perfect life was shattered in the middle of planning a wedding. When the truth was exposed, she learned her beloved fiancee was living under a stolen identity and was wanted in four states for bank fraud. In the midst of helping the TBI catch the fugitive, Amy lost everything and was forced to move in with family. In a state of brokenness, she sought to put Band-Aids on her wounded heart in the form of more relationships. She found herself pregnant out of wedlock, and married the father against her own better judgment. After five years of marriage, and her husband's four-year affair with alcohol and drugs, she divorced and became a single mom of two. But the heartache didn't stop there. After a series of broken hearts from being deceived by men, she finally came to the end of herself and decided to take a different approach-a U-turn at God's prompting. She spent the next few years walking through grace, healing, and forgiveness while discovering strength in Christ. She found total contentment in her single life, becoming whole in Christ. She no longer looked for love, but eventually God allowed love to find her. This book teaches women to find their God-given strength, walk through healing, dismantle negative perspectives, overcome rejection and loneliness, and become content in Christ while waiting for His best.

Amy Butler is a graduate of Lee University with an education degree, and a minor in Bible. After ten years as a schoolteacher and single mom, she went back to school to get her master's in education to make a better life for her children. Five years later, she became a full-time Realtor and author. After having her life turned upside down and enduring many years with a wounded heart, she walked away from the dating life and embarked on a journey as a single mom. She wrestled with loneliness, haunting wounds from the past, and negative thoughts. But she found healing-and total contentment-in Christ. Amy now spends her time mentoring other singles to find healing through forgiveness, overcoming rejection, redirecting negative emotions, and finding contentment in Christ as they wait on Him to gift the desires of their heart. She lives in Nashville, TN.