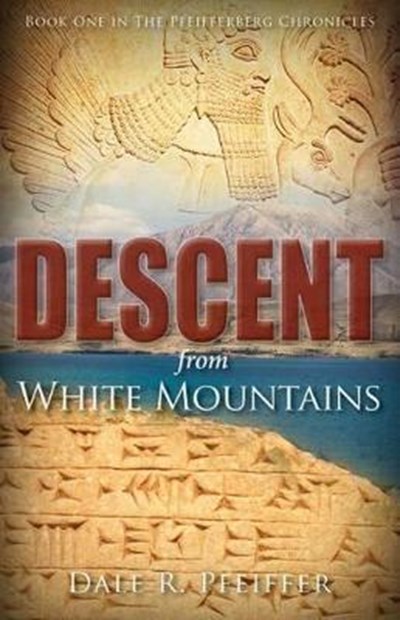 Publisher: Carpenter's Son Publishing
ISBN: 9781942587552
Number of Pages: 192
Published: 01/01/2017
Width: 13.9 cm
Height: 21.5 cm
Description Author Information Reviews
The Pfeifferberg Chronicles: Book One: Descent from White Mountains is a glimpse into life in the days of Noah, before and after the Great Flood. Although sourced primarily from the Book of Genesis, the author offers an exciting and unique story-line by weaving ancient Celtic chronicles with elements of Caucasian tradition and archeological discoveries that have enlightened our historical perspective. Book One in the trilogy is the story of the adventurous life of Japheth, the Great Voice, and the historical progenitor of all Caucasian tribes, and about his seven magnificent sons: Gomer, Magog, Madai, Javan, Tubal, Meshech, and Tiras. These highly intelligent and fit ancients where in essence the greatest and purest of every Caucasian nation; we are the physical and existential sons and daughters of these super men. These titans were the "wild at heart" that John Eldredge wrote about. Curious readers will learn what occurred after Noah's prayer of blessing over Japheth and the expansion of Japheth's seed into all the coastal territories of the earth. Did you ever wonder what it was like in the days of Noah? Is there a longing for adventure in your heart? Could you be the chronicler for your posterity? Dr. Bill Cooper, After the Flood, writes, "The Pfeifferberg Chronicles, I have no doubt, will often be imitated by future authors, and deservedly so. It has set an important benchmark." Descent from White Mountains will inspire you to take a long look at yourself, your ancestry, and perhaps, like Mr. Pfeiffer, your tribal genesis.

Dale Pfeiffer was introduced to ancient history and archeology through an inspiring middle school social studies teacher. As a result this influence, Mr. Pfeiffer, Salutatorian, earned a B. A. degree in Bible and History at Southeastern University. Then later in life, he returned to his love of history and desired to learn about his own family roots; so he subscribed to ancestry.com. During his research on ancestry.com international, Dale discovered that he was a direct descendent of the Pfeiffer family from Rotensol, Germany. He found birth records archived by a Roman Catholic Church dating back to 1604. Later he learned that one family member, Pfeiffer von Pfeifferberg, was knighted in Austria where some scholars believe the Pfeiffer surname originated. This love of ancient history and armed with insight gained while chronicling his surname history, Mr. Pfeiffer authored his thought provoking trilogy, The Pfeifferberg Chronicles.