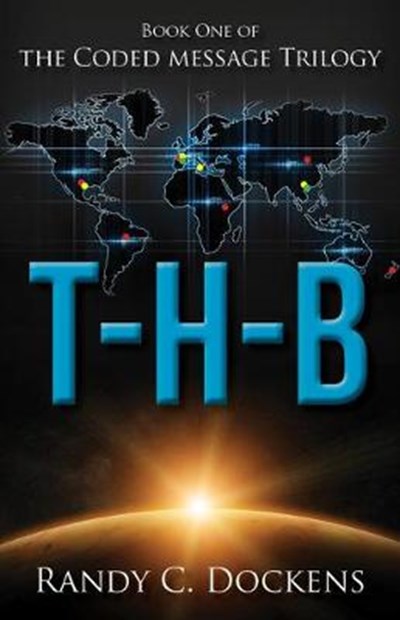 Publisher: Carpenter's Son Publishing
ISBN: 9781942587897
Number of Pages: 240
Published: 01/09/2017
Width: 13.9 cm
Height: 21.5 cm
Description Author Information Reviews
After Luke uncovers discrepancies while preparing for an upcoming mission to Mars, his dream job is turned into a dystopian nightmare, plunging him, and those he loves, into a global conspiracy he never thought possible. Luke thinks his life in the late 21st century is good: he has a wonderful job in astrophysics at the Houston Aerospace Engineering Center in Houston and has a blooming romance with Sarah, a physician where he works. But a simple act of picking up one small piece of paper with the letters T-H-B on it forces him to face the reality of mind manipulation being performed on the masses by an elite few for their own agenda. He is even pushed to resort to espionage himself. Every direction he turns to look for answers points him to T-H-B. What is this well-kept secret and its hidden meaning? Is it the answer, the truth, which he seeks? And how is it tied to the planned trip to Mars? Will finding it bring clarity to his life and the right path for his future? Or will it make him an enemy to the entire world? T-H-B is the first book of a new fast-paced mystery series entitled The Coded Message Trilogy by futuristic fiction author Randy C Dockens. If you like Christian fiction books with a dystopian science fiction feel and at the same time still achieving a romantic read, then you will love this unique fast-paced mystery and suspense story set in the late 21st century. Get your copy of T-H-B and enjoy this exciting new trilogy today!

Randy has a doctorate in both pharmacokinetics (how drugs work in the body) and in Biblical prophecy. He wants people to understand that science and faith can not only go together, but go hand-in-hand. He believes our future will be a positive one and be technologically advanced where technology itself will become forms of worship. He likes for his books to be both fun to read and have a strong scientific bent to them. He lives with his family outside Philadelphia, PA.