A Story of My Life and My God 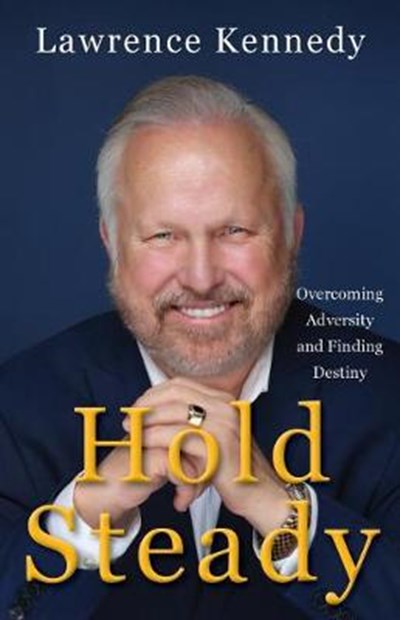 A Story of My Life and My God

Publisher: Carpenter's Son Publishing
ISBN: 9781942587989
Number of Pages: 176
Published: 01/11/2017
Width: 13.9 cm
Height: 21.5 cm
Description Author Information Reviews
The Word of God is the foundation, and God stills moves in the supernatural. He wants us to stay close to Him, to trust Him and to do the impossible. Hold Steady acquaints us with a mixed-up boy who was nothing but a dirt-poor, defiant, drug-addicted, kid from Texarkana, Texas. He's a testimony to what God can do if we simply let Him take the reins. His story is ultimately about becoming a vessel and letting God do great things through you. He was nothing, but it's in his nothingness that the power of God lies. Hold Steady tells of the miracles that Lawrence Kennedy has personally experienced, including Angelic visitations, healing from a bleeding stroke and heart problems, and other signs and wonders. In Lawrence's life and ministry, he learned to walk in the supernatural flow of the Spirit, how to move in signs and wonders, how to begin to operate in the prophetic, and how to see breakthroughs in hearing God's voice and answered prayer. This faith-building story and biblical references will help you "Hold Steady" in every area of your life, regardless of the circumstances.

Dr. Kennedy has raised up churches and taught the Word of God for more than forty-five years. He is an author of five books-Foundations of Order: Understanding The Need for Biblical Church Government in The Last Days, This Present Victory, Supernatural Weapons of Warfare and Rock Foundation I and Rock Foundation II. His practical application of God's Word brings clear direction to the Body of Christ. Having studied in Canada and the United States, Dr. Kennedy earned a Bachelor's degree in Theology, and a Master's degree in Christian Education. He also holds a Doctor of Divinity from Southern California Theological Seminary and a Doctorate in Christian Psychology from Florida's Jacksonville Theological Seminary.