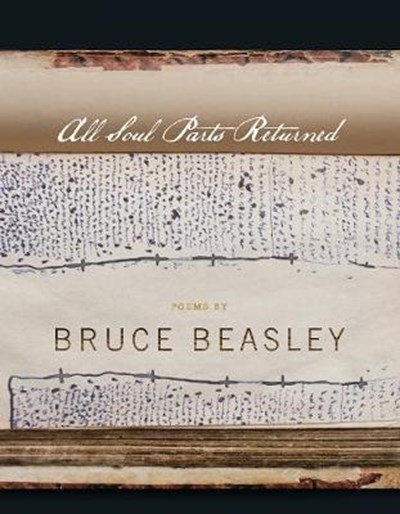 eBook FAQ
Add to Basket
Publisher: BOA Editions, Limited
ISBN: 9781942683452
Number of Pages: 104
Published: 26/10/2017
Width: 17.7 cm
Height: 22.8 cm
Description Author Information Reviews
In this new collection, Gnostic gospels collide with the Oxford Happiness Test and Buddhist treatises on emptiness; Beasley talks extensively about his son; and both Schopenhauer's philosophical nihilism and The Purpose Driven Life are brought to bear on the horrors of the Sandy Hook massacre. At once fascinating, disturbing, and humorous, this collection begins with a "shamanic healing" pamphlet offering insights into reuniting one's "soul parts" following "soul retrieval" and leaves no spiritual stone unturned delving into those rich concepts. Beasley ultimately uses strong Catholic ideology and philosophy to richly investigate, question, and challenge these ideas. This collection continues Beasley's postmodern spiritual meditations in the tradition of John Donne, George Herbert, Emily Dickinson, and T.S. Eliot. He is known as a foremost poet writing at the intersection of faith, science and poetry. Beasley is the recipient of the University of Georgia Press Contemporary Poetry Series Award; the Colorado Prize for Poetry; the Ohio State University Press/Journal Award; three Pushcart Prizes; and fellowships from the NEA and the Artist Trust of Washington. Beasley's previous BOA book, Theophobia was named a finalist for the Washington State Book Award, a "Top Ten Best Books of 2012" by Image Journal, a "Notable Book of 2014" by Poetry Northwest.

Bruce Beasley is the author of seven previous collections of poetry, including Theophobia (BOA, 2012). He is the winner of the Colorado Prize in Poetry (selected by Charles Wright) for Summer Mystagogia (1996), the Ohio State University Press/Journal Award for The Creation (1994), and the University of Georgia Press Contemporary Poetry Award competition for Lord Brain (2005). He has won three Pushcart Prizes, and his work appears in The Pushcart Book of Poetry: The Best Poems from the First 30 Years of the Pushcart Prize. He has won fellowships from the National Endowment for the Arts and the Artist Trust of Washington. A native of Macon, Georgia, he lives in Bellingham, Washington, where he is a professor of English at Western Washington University.