Iron in the Scepter 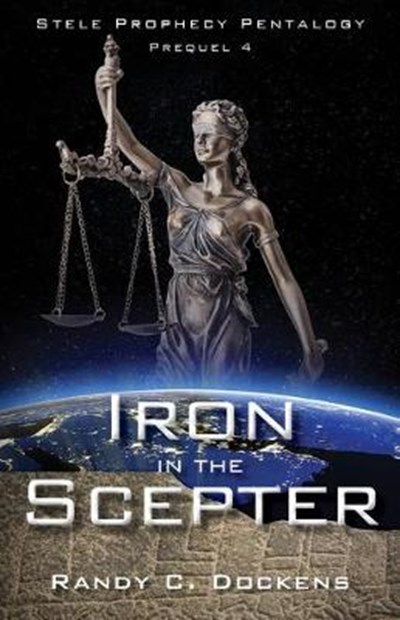 Iron in the Scepter

QTY
Add to Basket
Publisher: Carpenter's Son Publishing
ISBN: 9781946889713
Number of Pages: 304
Published: 09/06/2020
Width: 13.9 cm
Height: 21.5 cm
Description Author Information Reviews
After Janet's proposal for increasing teleporter efficiency to an all-time high is rejected by the King, she sets in motion a plan of revenge that has devastating consequences far greater than she ever imagined. A co-worker puts Janet on the path to a prophecy that supposedly states the King will one day be deposed by a coming Overtaker who will bring true freedom to everyone. She puts her efforts, and those of her family, into the fulfillment of this prophecy. She marries a romantic who cherishes her for who she is, not wishing to change her, but doesn't realize Janet also sees having children as a means to a greater end. Will she allow her animosity for the King and her pride to put herself, and her whole family, in harm's way to fulfill her desire to see the King deposed? Her coercive efforts propel her into the fulfillment of a prophecy she could never have envisioned. Iron in the Scepter, the fourth prequel to Mercy of the Iron Scepter, is the fifth and final book of a new biblical end times prophecy series entitled Stele Prophecy Pentalogy by futuristic fiction author Randy C Dockens. This is not your typical speculative fiction novel as it combines prophecy of biblical end times events with advances in science to describe a future home that is technologically advanced to produce a unique science fiction feel to this story. Plus, it provides a romantic read with a twist to the typical love story because pride gets in the way of true joy. Get your copy of Iron in the Scepter and enjoy this intriguing new twist to prophetic speculative fiction today!

Randy Dockens has a doctorate in both pharmacokinetics (how drugs work in the body) and in Biblical prophecy. He wants people to understand that science and faith can exist together, and, in fact, go hand in hand. He believes our future will be a positive one and be scientifically advanced where technology itself will become a way one can offer up worship. He likes for his books to be both fun to read and have a strong scientific bent. He lives with his family outside Philadelphia in Bucks County, Pennsylvania.