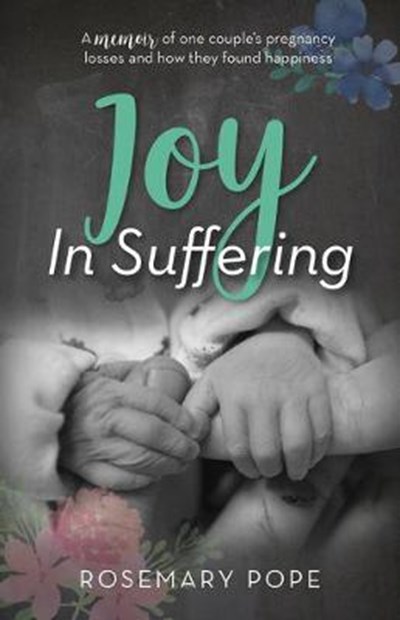 Publisher: Carpenter's Son Publishing
ISBN: 9781946889843
Number of Pages: 192
Published: 01/03/2019
Width: 13.9 cm
Height: 21.5 cm
Description Author Information Reviews
High school sweethearts, Bobby and Rosemary Pope, were young and newly married when they found out they were going to be parents. What they did not know is they would experience multiple tragic pregnancy losses. After the sudden shock of their first child, a still born son, they were anxiously expecting again. Around twenty weeks pregnant, they were faced with devastating news. Their precious baby girl had horrifying conditions that made her "incompatible with life." Due to this diagnosis, they were faced with the struggling decision to terminate the pregnancy. Rosemary and her husband decided to continue carrying their baby in hopes for a miraculous healing. Though things did not work out as they hoped, they had already pledged to God in trusting Him no matter the outcome. They chose to live in joy and know that God had a plan to fulfill the desires of their hearts. Read along to witness their rollercoaster ride to parenthood and how they relied on God to get them through. Bobby and Rosemary found Joy In Suffering. It is through Rosemary's raw, fervent, accounts of these events that you can too- The Joy of the Lord is our strength!

Rosemary Pope has been married to her husband, Bobby for 12 years and is the mother to seven children to date. Four Heavenly babies and three on Earth. She has experienced early miscarriages, late pregnancy losses, struggled with infertility, and has brought healthy, lively babies into the world. She resides in East Texas with her husband. Together they raise and homeschool their three living children, soaking up the blessings of life.