Three Lines in a Circle

The Exciting Life of the Peace Symbol 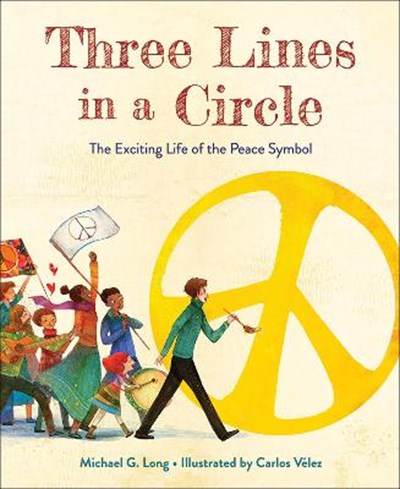 Three Lines in a Circle

The Exciting Life of the Peace Symbol

Join now Find out more
Publisher: Westminster/John Knox Press,U.S.
ISBN: 9781947888326
Number of Pages: 40
Published: 31/08/2021
Width: 22.9 cm
Height: 27.9 cm
Description Author Information Reviews
One line straight down. One line to the right. One line to the left, then a circle. That was all-just three lines in a circle. This bold picture book tells the story of the peace symbol-designed in 1958 by a London activist protesting nuclear weapons-and how it inspired people all over the world. Depicting the symbol's travels from peace marches and liberation movements to the end of apartheid and the fall of the Berlin Wall, Three Lines in a Circle offers a message of inspiration to today's children and adults who are working to create social change. An author's note provides historical background and a time line of late twentieth-century peace movements.

Michael G. Long has written books for all ages on civil rights and peacemaking in mid-century America, including the stories of Martin Luther King Jr., Bayard Rustin, Jackie Robinson, and Mister Rogers. He lives in Pennsylvania. Carlos Velez has illustrated more than twenty books for children and has been recognized with illustration awards from the Catalog of Illustrators of Children's and Youth Publications and the National Fund for Culture and the Arts. He lives in Mexico City.