Be Careful of What You Ask

The Story of an Answered Prayer 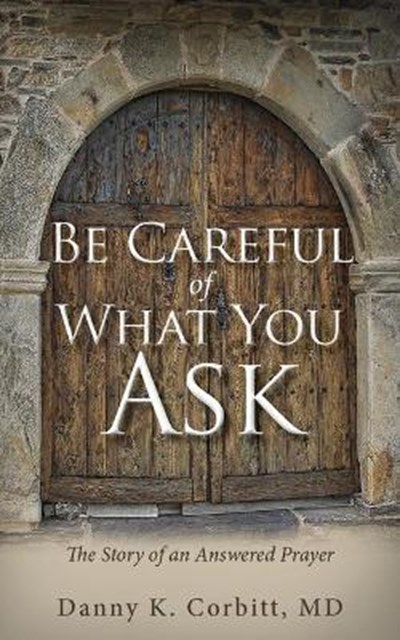 Be Careful of What You Ask

The Story of an Answered Prayer

Publisher: Carpenter's Son Publishing
ISBN: 9781949572308
Number of Pages: 112
Published: 01/08/2019
Width: 12.7 cm
Height: 20.3 cm
Description Author Information Reviews
I was in the prime of my life. I was a successful orthopedic surgeon with a great family, a practice in a growing suburban area, and all the benefits of the American Dream. Then I was given a diagnosis of malignant lung cancer. My world was shattered, everything upended in the confusion of confronting such a terrible disease. And all of this was occurring amid the questioning of my spiritual beliefs and my relationship with God. I hope you choose to go with me through this struggle. To see how God loves us unconditionally and will go to great lengths to bring us home to Him even when we cannot see how He is working in our lives. The details of the unfolding of this story are miraculous and life- changing. Some might argue that it is all coincidence. I would beg to differ. You can decide for yourself!

After his childhood in Crockett, Texas, author Danny Corbitt received a BS at Texas A&M University in1976. He attended Medical School at UTMB-Galveston obtaining his MD degree in 1979. He has been a Fellow of the American Academy of Orthopedic Surgeons following Residency since 1989 and a Diplomate of the American Board of Orthopedic Surgery since 1988. He feels that he is in a uniquely qualified position to tell this story of his struggle with malignant lung cancer in 2004-2005 from both a medical as well as a personal point of view. He hopes it is evident that a prayer he uttered in 2001 was miraculously answered in the depths of his battle with cancer of his right lung.