A Doctor's Call to Haiti 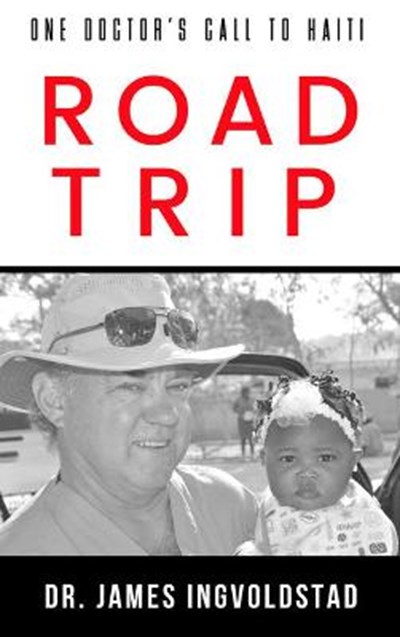 A Doctor's Call to Haiti

Publisher: Carpenter's Son Publishing
ISBN: 9781949572407
Number of Pages: 160
Published: 03/09/2019
Width: 13.9 cm
Height: 21.5 cm
Description Author Information Reviews
Dr. James Ingvoldstad shares stories of adventure, trust, and kindness in Haiti that surprised him as he planned to serve the Haitian people and ended up being served. One trip can change your life. For Dr. James Ingvoldstad, that one trip turned into many that not only changed his but the lives of others who joined him. ROAD TRIP: One doctor's call to Haiti, chronicles the adventures, surprises and touching moments of the author's eighteen years of travel to Haiti and La Gonave. From his fraternity days, through forty years of medical practice, this book is a tapestry of events woven and bonded by the heart and soul of the Haitian people; who became a part of, not just his story, but also many others. An often-overlooked country, Haiti is home to a people that show core values of trust, faith, respect, and caring every day. Those same values are shared in equal measure by his fellow travelers. Each came to serve and share their time and talents and instead had their lives transformed by an unexpected chance to be served. Through these stories, you may, in some measure, experience how those who are poor and seem the least of us, have hearts that can change the world.

Dr. James Ingvoldstad, whose father was a career Air Force officer, has lived all over the United States and Japan. He graduated from Iowa State University in 1968. That spring he received a dual calling. On the same day, he opened letters of acceptance to medical and divinity school. He enrolled at the University of Iowa Medical School, did an Internship at McKennan Hospital in Sioux Falls, S.D. and then completed an OB-GYN Residency at the University of Iowa Hospitals. He served two years at Malcolm Grow Hospital, Andrews AFB. Since then he has been in private practice in Sioux Falls and Atlanta, Georgia. Throughout his medical career he has donated time and energy to philanthropic causes and church based organizations. In 2001, an invitation to go to Haiti gave him the opportunity and the challenge to merge the call of the two letters into a singular effort. That trip changed the direction of his life and many others. He lives with his wife in Atlanta.