Helping Others Cross the Secular-Sacred Divide 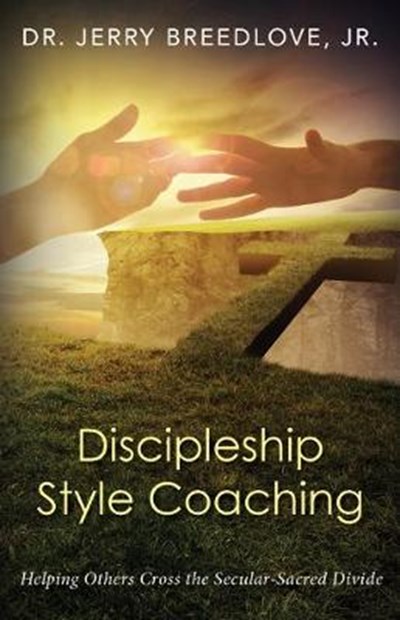 Helping Others Cross the Secular-Sacred Divide

QTY
Add to Basket
Publisher: Carpenter's Son Publishing
ISBN: 9781949572452
Number of Pages: 176
Published: 07/01/2020
Width: 13.9 cm
Height: 21.5 cm
Description Author Information Reviews
Assisting others in the process of leadership development comes in many forms. In recent years, coaching has continued to grow as a popular way to accomplish this, which has catalyzed the emergence of different models. What follows is the exploration of one such model that Dr. Breedlove terms discipleship style coaching (DSC). The DSC model is a distinctly Christian model of coaching that intentionally embraces the principles of Christian discipleship and blends them with the best coaching methodologies. This blending of coaching and discipleship is intended to help both professional and amateur Christian coaches as they seek to advance a culture of coaching in the many organizations in which they have influence. One of the most unique aspects of the DSC model is how it can help leaders at all levels cross the ever-increasing divide between the secular and the sacred in order to bring the principles of the kingdom of God into the places where Christians live, work, and play. Using both scholarly research and relevant examples, the author unpacks how the DSC model can be used to transform individuals, organizations, and ultimately whole communities.

Dr. Jerry Breedlove Jr. started his coaching journey in 2003 as he planted his first church. He initially embraced coaching as he sought answers on how best to bring the Kingdom of Heaven to the people he interacted with both inside and outside the church, and thus the Discipleship Style Coaching Model was born. His studies in Christian Ministry and Ministry Leadership at Crown College deepened his understanding of coaching in a Christian context, and ultimately his work in the doctoral program of Regent University helped him to solidify the model into what it is today. Jerry not only serves as a pastor but also as a professional coach, working with executives and business leaders from a variety of industries. This provides him with a deep and wide set of experiences where the coaching model has been tested and further refined.