Why Curse the Darkness When You Can Light a Candle? 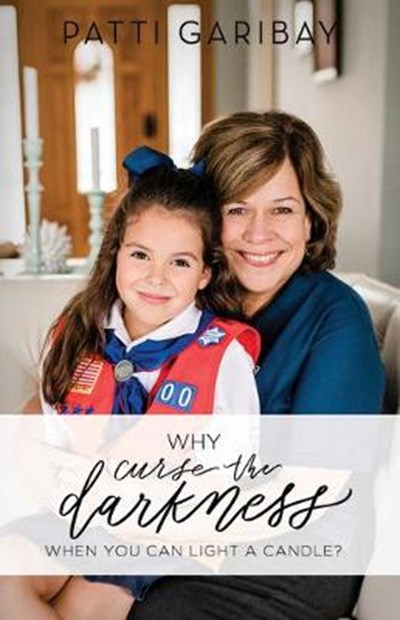 Why Curse the Darkness When You Can Light a Candle?

QTY
Add to Basket
Publisher: Carpenter's Son Publishing
ISBN: 9781949572865
Number of Pages: 192
Published: 04/08/2020
Width: 13.9 cm
Height: 21.5 cm
Description Author Information Reviews
As the 20th century came to a close, a petite, stay-at-home mom took on a giant that was poisoning our young girls. What started as a gathering of concerned parents and girls around a small kitchen table has now grown to be one of the largest scout-type organizations in the world. The Garibays' story chronicles the twenty-five-year journey of American Heritage Girls from its humble beginnings, the insurmountable problems, and the joy of seeing the providential hand of God map out every detail. Patti Garibay knew something was not right, and after seeing a shocking agenda, she knew it was time to take a stand against the Girl Scouts of the United States of America. Though the battle was intense at times, Patti and her husband Pat were not prepared for all that God had planned to do with a small ember of passion. Seeing lives changed and making sure each girl knows they are loved was enough for Patti to suit up and get in the battle. Armored with trust and obedience, Patti's transparent and vulnerable true story resonates with others who have a passion for making a difference yet struggle with the fear of inadequacy. With Christ, all things are possible.

Patti Garibay is the Founder and Executive Director of the national character development organization, American Heritage Girls (AHG). While serving as AHG's first president, Patti also led the first AHG Troop which included her daughter for nine years. Prior to AHG's founding in 1995, Patti stayed at home raising her children while volunteering her time and her talents at church, school and Girl Scouts. Over her tenure with American Heritage Girls, Garibay has been considered a thought leader in "all things girl" and has been featured in hundreds of nationally recognized media outlets. Garibay was named a member of the American Family Association's "40 Faithful" in 2017, and selected as a Woman of Excellence in 2005 and a Woman of Influence in 2017. Patti and her husband, Pat, are blessed with four married children and nine grandchildren. The author resides in Cincinnati, Ohio.