From Chains to Change

One Man's Journey from God-Hater to God-Follower 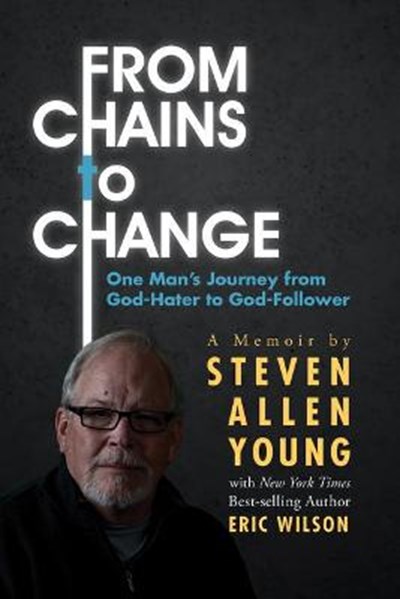 From Chains to Change

One Man's Journey from God-Hater to God-Follower

Publisher: Carpenter's Son Publishing
ISBN: 9781954437128
Number of Pages: 352
Published: 31/08/2021
Width: 15.2 cm
Height: 22.8 cm
Description Author Information Reviews
At twelve years old, his hatred of God took root. Weighed by chains of guilt and shame, Steven Young grew to live for the moment. He partied, slept around, gambled, and manipulated people for his own desires. His choices led to four failed marriages and eight years in prison. Broke and alone, he lived five years homeless on the streets of Nashville, Tennessee, and in 2013 decided to end it all. At his lowest point, the very God he despised stepped in. It would still be a long healing journey From Chains to Change. This painfully honest and powerfully redemptive story is an example of God's ability to transform the past, restore hearts, and offer hope for the future.

Steven Allen Young is the founder of Home Street Home Ministries. After nearly four decades apart, he remarried his first wife, Andrea (Andy). Between them, they have three adult sons and an adult daughter, as well as two grandchildren on the way. When they're not ministering on the streets of Nashville, they love to kick back, watch sports and movies together, travel, play with their two dogs Hondo and Mickey, and enjoy what God has done. Repaired, replaced, and reunited. Eric Wilson is the New York Times bestselling author of 18 books, ranging from mystery and suspense to biography and memoir. He lives in Nashville, Tennessee with singer/songwriter, Carolyn Rose, his wife of over thirty years. They have two grown daughters and two amazing grandkids.