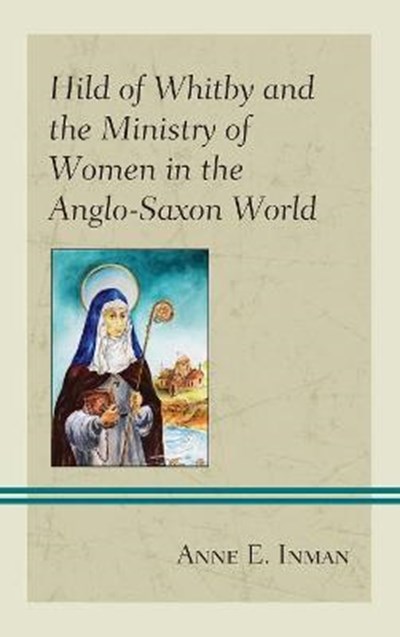 eBook FAQ
Add to Basket
Publisher: Rowman & Littlefield
ISBN: 9781978700666
Number of Pages: 254
Published: 16/07/2019
Width: 16 cm
Height: 22.8 cm
Description Author Information Reviews
This book tells the story of Hild, the abbess of a highly successful double monastery at Whitby in Northumbria, where she was responsible for the education of five future bishops. Here she exercised an authority which in subsequent centuries would be reserved exclusively for men. At thirteen Hild was baptized by Paulinus, who had come to Britain to join Augustine's mission. Augustine had been sent by Pope Gregory to convert Britain, which had largely lapsed into paganism after the fall of the Roman Empire. Augustine in fact had little success in converting the Britons beyond Kent, and even in Kent Christianity had already been partially re-established by Queen Bertha, who had brought her Catholic Chaplain with her from Gaul upon her marriage to King Ethelbert. There were many powerful women, like Bertha, who had been at the forefront of keeping the faith alive in the "Dark Ages," but whose agency has been written out of history or down-played in favour of the actions of famous men. Hild's story is brought back to life alongside Mary, who founded a desert community at Tabenisi; Macrina, the teacher (didaskalos) of Gregory of Nyssa, Basil of Caesarea; Ita, confessor to Brendan; the formidable Aelffled, who succeeded Hild at Whitby, a co-worker and confidante of Cuthbert. As the Catholic Church struggles under the weight of centuries-old misogyny, it is surprising to see how, in the early medieval period, abbesses had shared governance with bishops. As it struggles with a shortage of male priests to celebrate the sacraments, it is instructive to see how many sacramental ministries were once exercised by female monastics. Confession, for example, was once practiced in the same way whether the confessor was a man or, as in Hild's case, a woman. The span of Hild's life covers the period before and after the establishment of clericalism, the unbridgeable gap between the higher plane of the male priesthood and the lower plane of religious women. Bede's telling of Hild's life was already downplaying her authority as a powerful leader in the Anglo-Saxon church. It is time for that to be remedied.

Anne E. Inman taught theology at various universities, including Birkbeck College, University of London and the University of Notre Dame London Centre, before retiring from teaching in 2014.