Animal at Unease with Itself

Death Anxiety and the Animal-Human Boundary in Genesis 2-3 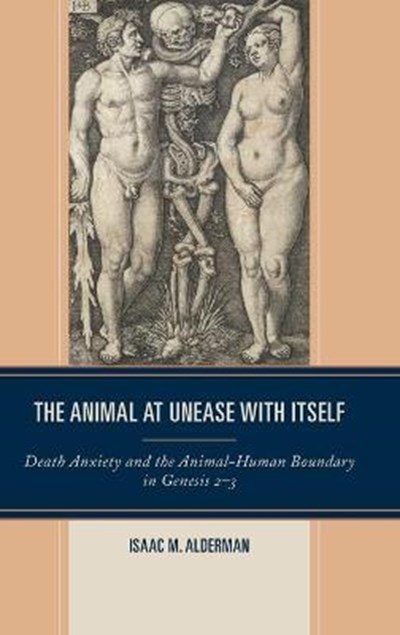 Animal at Unease with Itself

Death Anxiety and the Animal-Human Boundary in Genesis 2-3

eBook FAQ
Add to Basket
Publisher: Rowman & Littlefield
ISBN: 9781978702912
Number of Pages: 218
Published: 20/08/2020
Width: 16.1 cm
Height: 23.3 cm
Description Author Information Reviews
Quoting Derrida, Isaac Alderman draws attention to the fact that humans are the only animals who are disturbed by nakedness. This unease with regard to our own bodies is an important aspect of the study of disgust and death anxiety. Alderman seeks to apply terror management theorists' focus on death anxiety to biblical studies and to utilize the concept of animal reminder disgust--the visceral reaction to reminders of our animality--to better understand the opening chapters of Genesis, dealing particularly with themes of mortality, the human body, and the animal-human boundary in those chapters. After describing relevant aspects of cognitive science, terror management theory, and animal reminder disgust, Alderman demonstrates, using Genesis 2-3 (and the role of clothing as a marker of the animal-human boundary there) as a case study, that an interdisciplinary approach that draws on cognitive science can illumine the biblical text in important ways.

Isaac Alderman (PhD, The Catholic University of America) has published articles and presented at conferences on various biblical passages in the context of cognitive science, pedagogy, and reception theory.