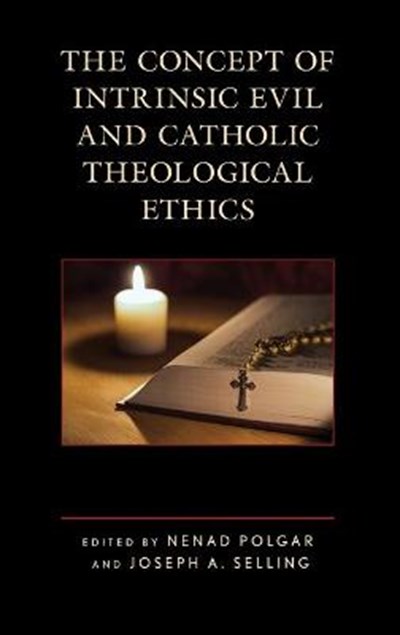 eBook FAQ
Add to Basket
Publisher: Rowman & Littlefield
ISBN: 9781978703247
Number of Pages: 184
Published: 08/04/2019
Width: 16.1 cm
Height: 23 cm
Description Author Information Reviews
One of the most sweeping, categorical, and absolute phrases that has ever been employed by the hierarchical teaching authority of the Roman Catholic Church refers to a concept called 'intrinsic evil'. In short, intrinsic evil is invoked to describe certain kinds of human acts that can never be morally justified or permitted, regardless of the intention of the person who performs them or any circumstances within which they take place. The most common examples of things that people recognize as being classified as intrinsically evil are, suicide, euthanasia, abortion, and the use of contraception. The ease with which the term 'intrinsic evil' gets right to the point, thereby making the fairly complex field of ethical reflection seem manageable and widely accessible, is one of the reasons for its attractiveness within Roman Catholic ethical teaching. However, this kind of simplification risks or even encourages avoidance of critical questions such as, "Where does this concept come from and what meanings are associated with it?", "Is it supposed to express an ethical judgment or to form it?", and "Is there a substantial difference between intrinsically evil acts and morally wrong acts?". The contributors to this volume engage with these and similar issues surrounding the formation and use of the concept, and in the process dispel the naive belief that the concept can somehow escape the complexity of ethical discourse or establish certainty of ethical judgments that is otherwise unattainable. In light of this realization, the most important issue becomes whether the concept can still be useful for Catholic theological ethics. Although the contributors to this volume do not completely agree on this issue, they have shown that a critical scrutiny of the concept must necessarily precede settling this issue and that the concept might not be able to withstand such critical judgment. The book provides a description of the origin and meanings of the concept of intrinsic evil. While the term itself tends to create confusion rather than clarity, eliminating its use does not imply that we cannot still have a meaningful discussion about 'things that should never be done'.