Theology as Doxology and Dialogue

The Essential Writings of Nikos Nissiotis 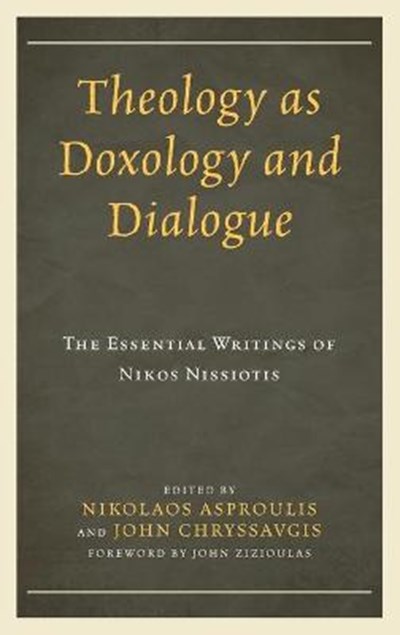 Theology as Doxology and Dialogue

The Essential Writings of Nikos Nissiotis

eBook FAQ
Add to Basket
Publisher: Rowman & Littlefield
ISBN: 9781978703421
Number of Pages: 348
Published: 20/02/2019
Width: 15.8 cm
Height: 23.1 cm
Description Author Information Reviews
Nikos Nissiotis (1924-1986) was one of the foremost and formative intellectuals of the ecumenical movement in the twentieth century. As professor of philosophy and psychology of religion at the University of Athens, director of the Bossey Institute, and Chairman of the Faith and Order Commission of the World Council of Churches, he interpreted the Orthodox spiritual tradition for a Western audience and highlighted the role of Christian thought in the modern world. This collection of his most fundamental and significant articles - some of which have been largely inaccessible until now - includes an introduction by the editors to the ecumenical and theological legacy of this exceptional thinker.

Nikolaos Asproulis is deputy director of the Volos Academy for Theological Studies and lecturer in the Studies in Eastern Orthodox Theology Postgraduate Program at Hellenic Open University. John Chryssavgis is archdeacon of the Ecumenical Patriarchate and theological advisor to Ecumenical Patriarch Bartholomew on environmental issues.