Re-Forming the Church of the Future 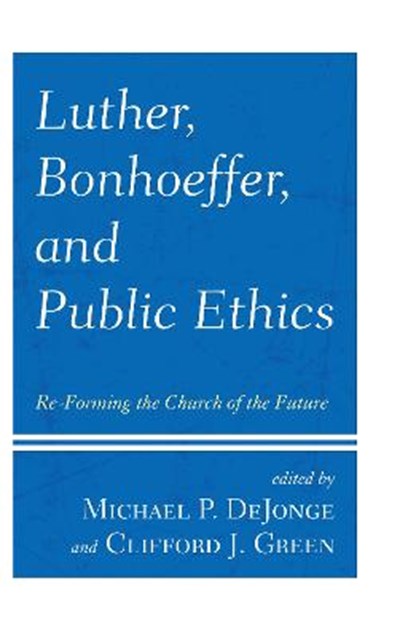 Re-Forming the Church of the Future

eBook FAQ
Add to Basket
Publisher: Rowman & Littlefield
ISBN: 9781978703452
Number of Pages: 246
Published: 15/09/2018
Width: 16.2 cm
Height: 23.9 cm
Description Author Information Reviews
Prompted by the 2017 commemoration of the 500th anniversary of the Protestant Reformation, this book examines the legacy of Martin Luther in the life, work, and reception of Dietrich Bonhoeffer, the most widely read modern Lutheran theologian. Framing the commemoration of the Reformation in conversation with Bonhoeffer's legacy places much more than Bonhoeffer's connection to Luther at stake. Given the fraught relationship of the Lutheran Bonhoeffer with the German Protestant Church under National Socialism, the question inevitably arises: "What happened to Luther's church in Germany?" This in turn prompts the question: "How did the Protestant tradition play out in public life in other nations?" And these historical issues in turn encourage reflection on a question that exercised both Luther and Bonhoeffer: "What will be the shape of the church in the future?" In these pages, an international group of scholars and practitioners from both church and state pursues these questions.