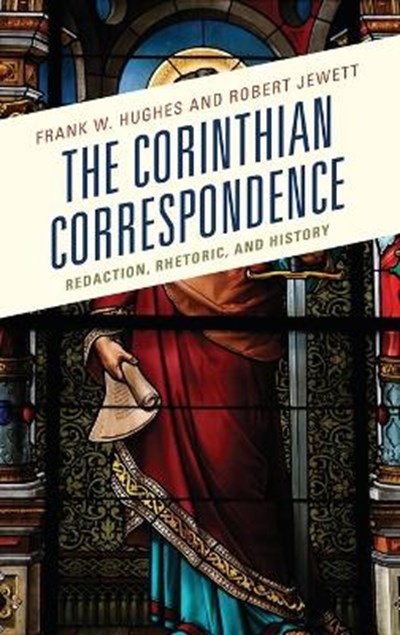 eBook FAQ
Add to Basket
Publisher: Rowman & Littlefield
ISBN: 9781978705197
Number of Pages: 386
Published: 19/10/2021
Width: 16.1 cm
Height: 22.7 cm
Description Author Information Reviews
In The Corinthian Correspondence, Frank W. Hughes and Robert Jewett argue that there were eight original letters by the Apostle Paul to the church in Corinth. In the first part of the book, they use literary and redaction criticism to show the reasons for the partition theory of 1 and 2 Corinthians. Analyzing each of the eight letters using rhetorical criticism, they show how the original Corinthian letters were edited and reshaped into 1 and 2 Corinthians in the New Testament. After reflections on the rhetoric of these letters and the historical meaning of the reshaping of the images of Paul, a final chapter traces the consequences of the reshaping of the Corinthian correspondence and the adoption of the bound book (codex) instead of the original papyrus scrolls. Several figures help the reader understand the redactional process, and a new translation of the eight reconstructed Corinthian letters is provided.

Frank W. Hughes is an Episcopal priest who served churches in central Pennsylvania and western Louisiana. He was a senior lecturer in New Testament Studies at Codrington College in Barbados, in affiliation with the University of the West Indies. Robert Jewett (1933-2020) was theologian-in-residence at St. Mark's United Methodist Church in Lincoln, Nebraska, and formerly guest professor of New Testament at the University of Heidelberg and Harry R. Kendall professor of New Testament interpretation emeritus at Garrett-Evangelical Theological Seminary.