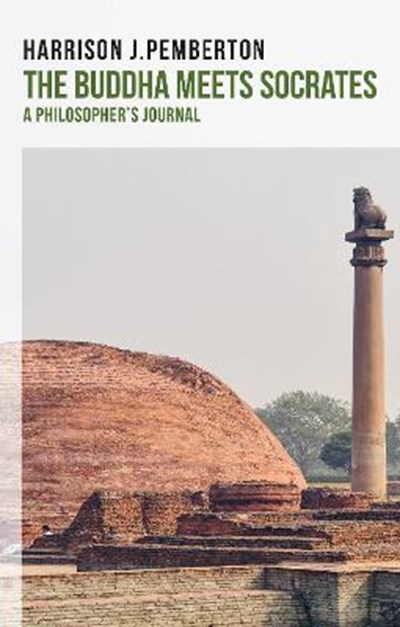 QTY
Add to Basket
Publisher: Rabsel Editions
ISBN: 9782360170333
Number of Pages: 176
Published: 07/07/2022
Width: 12.7 cm
Height: 20.3 cm
Description Author Information Reviews
The Buddha Meets Socrates: A Philosopher's Journal is a first-person account of teaching and learning. In 2004, Harrison J. Pemberton embarked on a journey to teach Western philosophy to a group of young Buddhist monks in India. One scholar in particular was poised to study: His Holiness the 17th Karmapa Trinley Thaye Dorje. Together these great thinkers generated a dialogue of teaching and learning, looking at the work of Western philosophers and comparing it to Buddhist philosophy, questioning how the Buddha and Socrates might meet. The Buddha Meets Socrates chronicles this process of inquiry and exchange.

Harrison J. Pemberton (1925-2017) taught philosophy for over fifty years. He received his Ph.D. from Yale University, and his main focus was Western thought, especially Plato. After he was in the U.S. occupation forces in Japan after World War II, he kept alive an interest in Eastern thought as well. He taught at Yale, the University of Virginia, and Washington and Lee University where he was Professor Emeritus of Philosophy. He was a visiting professor at the University of Texas, California State University, the Chinese University of Hong Kong, and at the Karma Shri Diwakar Institute of Buddhist Studies in Kalimpong, India. He lived for many years in Lexington, Virginia and near the end of his life taught philosophy at the Virginia Military Institute.