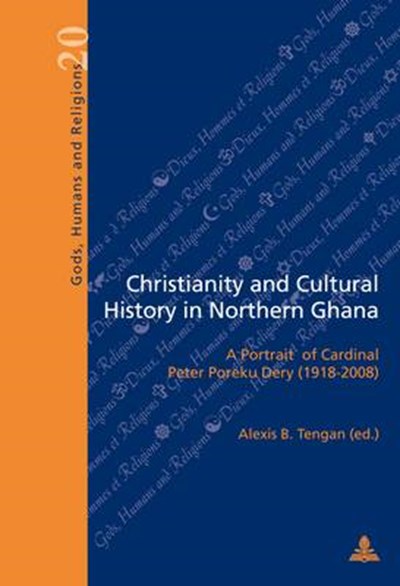 QTY
Add to Basket
Publisher: Peter Lang AG, Internationaler Verlag der Wissenschaften
ISBN: 9782875741141
Number of Pages: 281
Published: 12/12/2013
Width: 15 cm
Height: 22 cm
Description Author Information Reviews
On Monday 23 April 1906 the Missionaries of Africa, also known as the White Fathers, arrived from Upper Volta, today known as Burkina Faso, in Navrongo to begin their missionary activities in northern Ghana. The small group consisted of three missionaries and a contingent of twenty Africans as helpers. Socially and culturally, the region was still suffering from the consequences of the recently outlawed practice of slave raiding and the terror regimes initiated by Zambarma generals such as Samouri and Babatu. The inhabitants were still to come to terms with the European use of military force to try to establish colonial rule. Many of the populations and groups residing in what was then called the Northern Territories of Ghana, and also those in semi-urban trading centres such as Tamale, Wa and Bawku, had, over the past century, come to adopt aspects of Islamization within their cultures and had accepted the centralizing chieftaincy structure as their main socio-political system. Cardinal Dery was born around this time into a priestly class among the Dagara people, and his life story as a religious leader vividly captures the cultural evolution of the whole region within this period.

Dr Alexis B. Tengan is a social and cultural anthropologist at KU Leuven, Belgium, and has been a religion teacher for many years, both in Ghana (Ghanasco Tamale (1980-1984) and Damongo (1984-1988)) and currently at St John's International School near Brussels. He has carried out research on farming systems throughout northern Ghana, including the relationship between art, medicine and religion. He also documents the histories of cultural figures and collects sacred objects and artefacts, with the aim of opening a museum.