Peril and Promise of Medical Technology 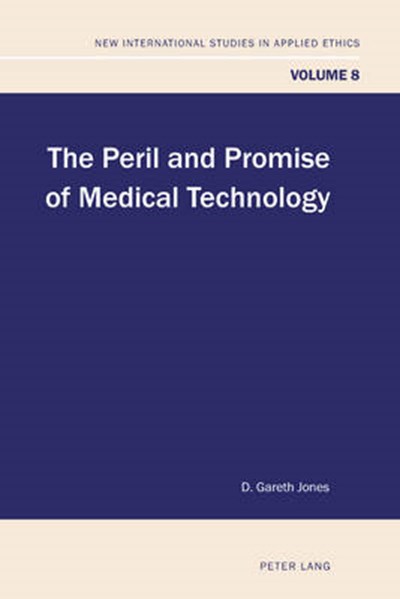 Peril and Promise of Medical Technology

Publisher: Peter Lang AG, Internationaler Verlag der Wissenschaften
ISBN: 9783034307758
Number of Pages: 280
Published: 07/10/2013
Width: 15 cm
Height: 22.5 cm
Description Author Information Reviews
Medical technology is one of the most powerful forces in the modern world, with enormous opportunities for good. For many in affluent countries, the expectations of what constitutes the good life have been transformed, as neonatal mortality rates have declined, life expectancy has increased, and one disease after another has been defeated. However, it is not an unalloyed blessing, as social patterns have been transformed, family structures have been challenged, and ordinary people as well as health professionals and scientists confront novel ethical dilemmas. Gareth Jones writes not only as a scientist and bioethicist but also as a Christian. His aim is to make sense of some of the myriad issues encountered in a world dominated by medical technology. These include manipulation at the earliest stages of embryonic human life, through to ageing and attempts at bringing about physical immortality. The perceived power of genes is critically examined, as are claims that morality can be enhanced using technology. The centrality of the brain for making us what we are is sympathetically examined, against the backdrop of the ongoing debate on dualism and physicalism. Acknowledging our ever-increasing dependence upon medical technology, the author explores ways in which we can live in hope rather than fear.

D. Gareth Jones is a neuroscientist and bioethicist. He is an emeritus professor at the University of Otago, New Zealand, where he served as Professor of Anatomy and Head of the Anatomy Department (1983-2003), Deputy Vice-Chancellor (Academic and International) (2004-2009) and Director of the Bioethics Centre (2010-2012). Recent books include Designers of the Future, and Speaking for the Dead: The Human Body in Biology and Medicine. He is co-editor with R. John Elford of two previous volumes in the New International Studies in Applied Ethics series.