Legacy and Portrait of Early Church History in Korea 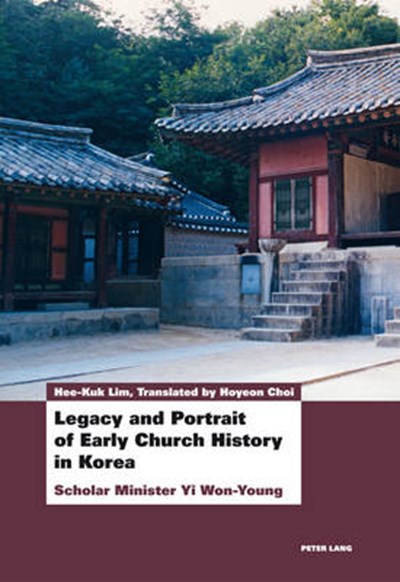 Legacy and Portrait of Early Church History in Korea

QTY
Add to Basket
Publisher: Peter Lang AG, Internationaler Verlag der Wissenschaften
ISBN: 9783034310192
Number of Pages: 211
Published: 11/03/2013
Width: 15.5 cm
Height: 22.5 cm
Description Author Information Reviews
This book aims to explore the life of Yi Won-young, an outstanding Confucian scholar from Andong, in South Korea. Andong is known as the home of Neo-Confucianism, as in this region Western Christianity took root amidst the impeccable and ritualistic Confucian society without much conflict and confrontation. This study deals with the most turbulent times of 20th century Korean history and investigates the formation of the Andong biblical Christianity. Was the confluence of availability and accessibility of the Bible and Bible study and the method of Confucian canon reading relevant for the formation of Andong biblical Christianity? This is one of the questions the author tries to answer in the book. Further, the author vividly portrays Yi's struggle to interact with the community and the occupying Japanese authority, analyzes the development of his eschatological interpretation and the issues of Shinto worship and its consequences, church division and sterility of human minds after trauma of deprivation. The book offers an overview of Korean Neo-Confucianism and the early Presbyterian Church of Korea during the Japanese occupation and post Korean War. For Western readers new references were added by the translator.

Hee-Kuk Lim is a Professor of Church History at the Presbyterian College & Theological Seminary in Seoul, Korea. For 15 years he researched on local church history in Korea from the perspective of 'glocalization'. In 1994, he obtained a PhD in Theology at Basel University, Switzerland. Hoyeon Choi is a bioprocess engineer and Doctor in Microbiology from Laval University, Quebec, Canada. Prior to his retirement, he was a research scientist, director and professor in the area of food/biotechnology in Canada and the United States. After his retirement, he taught at Yanbian University of Science and Technology, China. He translated a Korean novel into English and published the book Free on the Inside.