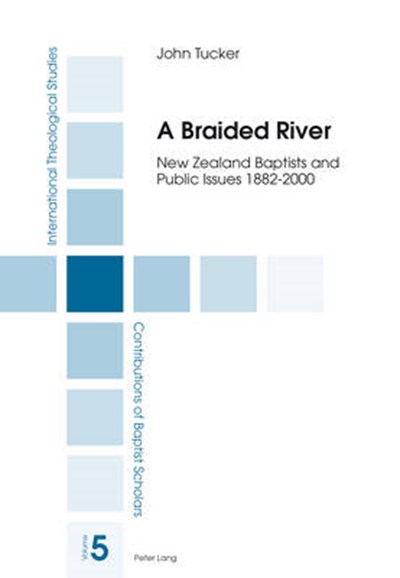 Publisher: Peter Lang AG, Internationaler Verlag der Wissenschaften
ISBN: 9783034313728
Number of Pages: 364
Published: 05/09/2013
Width: 15.5 cm
Height: 22.5 cm
Description Author Information Reviews
As both dissenters and evangelicals, Baptists have had an intriguing and often complex relationship with society. This book casts light on that relationship by tracing the history of Baptist involvement in public debate within New Zealand. It analyses ten significant public debates to have occurred since the 1880s, comparing the Baptist contribution with that of other denominations. By showing how Baptist approaches to public issues have changed over time, this study provides significant insights into the evolving nature of Baptist identity. It argues that evangelical theology fundamentally shaped the Baptist movement's engagement in public debate. On the other hand, it also shows how Baptist involvement was influenced by the interaction of various theological ideas and a changing social environment. A particular feature of this book is the way it places the story within a wider transnational context, highlighting early English influence on the New Zealand Baptist movement and the growing impact of North American Baptist models of church in the latter half of the twentieth century.

John Tucker is Director of Ministry Training at Carey Baptist College in Auckland, New Zealand, where he teaches in pastoral theology, preaching, and Christian spirituality. He has worked as a lawyer and pastor and has a particular interest in the history of preaching in New Zealand.