Towards a "Ludu" Theology 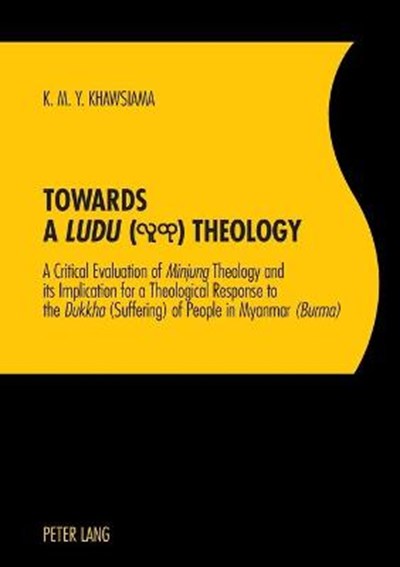 Towards a "Ludu" Theology

QTY
Add to Basket
Publisher: Peter Lang AG, Internationaler Verlag der Wissenschaften
ISBN: 9783034314169
Number of Pages: 229
Published: 28/06/2013
Width: 14.8 cm
Height: 21 cm
Description Author Information Reviews
This book attempts to develop a theological response to the suffering of people in Myanmar (Burma). For this purpose, a Burmese word Ludu is used to indicate the common people and a Buddhist term Dukkha will be employed to refer to their suffering. We can see the Ludu as a dukkha-ridden people in Myanmar context. Why do they suffer? Is their suffering the root cause of sin or the consequence of kamma - one's deed, word or thought? As a Buddhist-dominated country, how do Buddhists respond their suffering? What about Christian minority's response to this harsh situation? Can the Ludu, both Christians and Buddhists, see how God is revealed in the midst of their suffering? In terms of suffering under oppression, Minjung (people/mass) in the Korean context is somewhat similar to the situation of the Ludu in Myanmar. In the 1970s, Minjung theology emerged during the era of military dictatorship in South Korea. How can Minjung theology be relevant for evolving a Ludu theology in Myanmar?

K.M.Y. Khawsiama, D.Th., is an ordained minister. Presently, he teaches Asian Theology, Systematic Theology and Methodism in Myanmar Theological College. He is an IASACT (Institute for Advanced Study in Asian Cultures and Theologies) Scholar 2008.