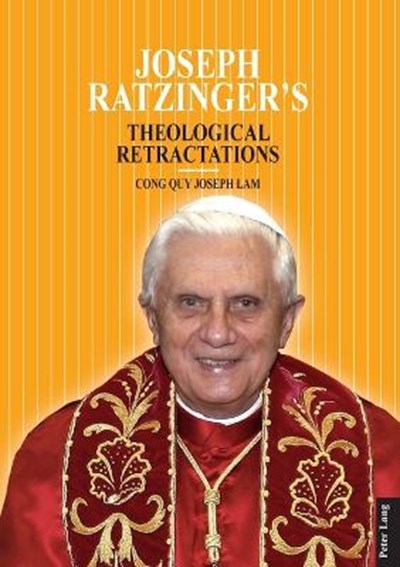 Publisher: Peter Lang AG, Internationaler Verlag der Wissenschaften
ISBN: 9783034314497
Number of Pages: 228
Published: 21/08/2013
Width: 14.8 cm
Height: 21 cm
Description Author Information Reviews
Joseph Ratzinger, now Pope Emeritus, is one of the most prolific catholic theologians of the contemporary era. He became Professor of theology at the age of 29, the youngest holder of a theological chair at that time. His theology not only draws from biblical-historical sources, but also includes philosophical-cultural ideas and modern scientific disciplines. While many of his books were already translated in various languages, his earliest works, namely his doctoral dissertation on Augustine's ecclesiology and his entire post-doctoral thesis on Bonaventure's concept of revelation, including the related essays, are still not available in English translation. These works are fundamental to the understanding of Ratzinger's theological reflection. In examining Ratzinger's earlier works and essays from the insights of his later publications, this book offers a complete re-reading (retractation) of Ratzinger's theological thought on revelation, Christology and ecclesiology. It also highlights Ratzinger's contribution to catholic theology, especially his theological input at Vatican II and beyond. The book includes a foreword by Archbishop Gerhard Ludwig Muller, Prefect of the Congregation for Doctrine of Faith.

Cong Quy Joseph Lam, born in 1975, is member of the Order of Saint Augustine. He has published widely on Augustine and Joseph Ratzinger. Currently, he is senior lecturer in systematic theology at the Australian Catholic University and is based on its Sydney Campus.