Hilary of Poitiers on Conciliating the Homouseans and the Homoeouseans

An Inquiry on the Fourth-Century Trinitarian Controversy 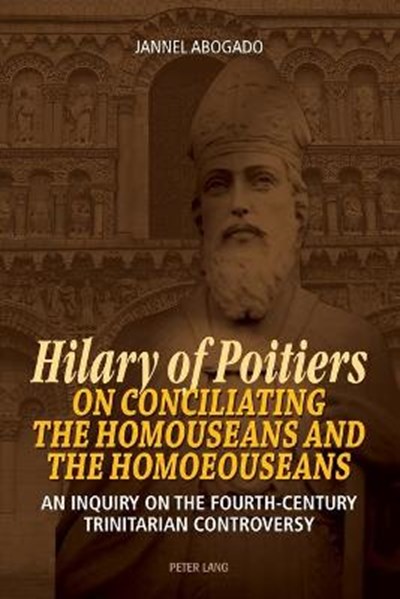 Hilary of Poitiers on Conciliating the Homouseans and the Homoeouseans

An Inquiry on the Fourth-Century Trinitarian Controversy

QTY
Add to Basket
Publisher: Peter Lang AG, Internationaler Verlag der Wissenschaften
ISBN: 9783034316910
Number of Pages: 318
Published: 25/02/2016
Width: 15.5 cm
Height: 22.5 cm
Description Author Information Reviews
The concern of the book is whether Hilary of Poitiers compromised the Nicene faith, a charge suggested even in Hilary's own day, when he attempted to bring together the homouseans and the homoeouseans. The author revisits the arguments offered by recent studies on the issue and analyzes the primary sources to assert confidently that Hilary did not compromise the Nicene confession. The book demonstrates that the confession of faith of the homoeousean group with whom Hilary conciliated was not another form of Arianism. Similarly, the author clarifies that the distinction between the numeric unity and specific unity on which modern authors unsympathetic to Hilary base their negative assessment of the Hilarian program of rapprochement was not operative in the fourth century Trinitarian discourse. Hilary merely affirmed the orthodoxy of the homoeousean confession by demonstrating its affinity with the Nicene doctrine through his explication of the significance of the nativitas of the Son from God the Father, a theological concept employed by both ecclesiastical parties to establish their respective beliefs in the divinity of the Son and His substantial relationship with the Father.

Jannel Abogado, OP is a member of the Philippine Dominican Province. He is assigned in the priory of St. Thomas Aquinas. He holds a doctorate degree in Theology and Patristic Sciences from the Institutum Patristicum Augustinianum, Rome, Italy. He teaches Patrology at the Faculty of Theology of the University of Santo Tomas, Manila.