An Archaeological Re-assessment of Forty-Seven Early Byzantine Basilical Church Excavations Primarily in Israel and Jordan, and their Historical and Liturgical Context 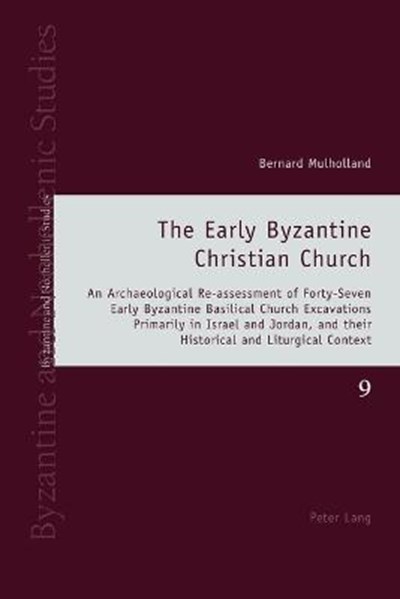 An Archaeological Re-assessment of Forty-Seven Early Byzantine Basilical Church Excavations Primarily in Israel and Jordan, and their Historical and Liturgical Context

eBook FAQ
Add to Basket
Publisher: Peter Lang AG, Internationaler Verlag der Wissenschaften
ISBN: 9783034317092
Number of Pages: 229
Published: 13/02/2014
Width: 15 cm
Height: 22.5 cm
Description Author Information Reviews
The observation that domestic artefacts are often recovered during church excavations led to an archaeological re-assessment of forty-seven Early Byzantine basilical church excavations and their historical, gender and liturgical context. The excavations were restricted to the three most common basilical church plans to allow for like-for-like analysis between sites that share the same plan: monoapsidal, inscribed and triapsidal. These sites were later found to have two distinct sanctuary configurations, namely a -shaped sanctuary in front of the apse, or else a sanctuary that extended across both side aisles that often formed a characteristic T-shaped layout. Further analysis indicated that -shaped sanctuaries are found in two church plans: firstly a protruding monoapsidal plan that characteristically has a major entrance located to either side of the apse, which is also referred to as a 'Constantinopolitan' church plan; and secondly in the inscribed plan, which is also referred to as a 'Syrian' church plan. The T-shaped layout is characteristic of the triapsidal plan, but can also occur in a monoapsidal plan, and this is referred to as a 'Roman' church plan. Detailed analysis of inscriptions and patterns of artefactual deposition also revealed the probable location of the diakonikon where the rite of prothesis took place.

Bernard Mulholland graduated with a PhD in History from the School of History and Anthropology at Queen's University, Belfast after having enrolled in its Institute of Byzantine Studies. He has delivered research papers based upon his thesis at the annual Oxford University Byzantine Society International Graduate Conference in 2009, 2010, 2011 and 2012. He is a member of the Society for the Promotion of Byzantine Studies, New York Academy of Sciences, American Association for the Advancement of Sciences and the Council for British Archaeology.