From Samos to Soho

The Unorthodox Life of Joseph Georgirenes, a Greek Archbishop 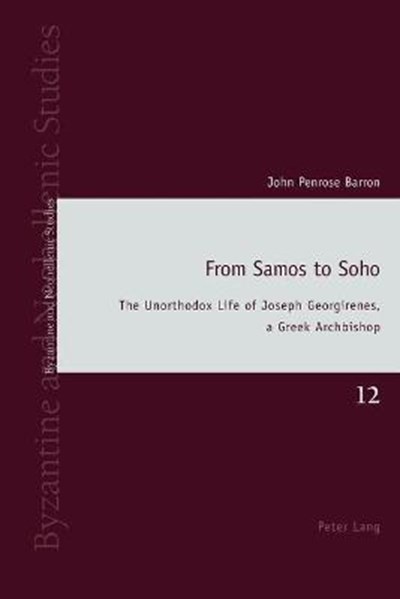 From Samos to Soho

The Unorthodox Life of Joseph Georgirenes, a Greek Archbishop

QTY
Add to Basket
Publisher: Peter Lang AG, Internationaler Verlag der Wissenschaften
ISBN: 9783034317887
Number of Pages: 400
Published: 26/12/2016
Width: 15 cm
Height: 22.5 cm
Description Author Information Reviews
Born on the small Greek island of Melos, Joseph Georgirenes became a monk on Mount Athos and was consecrated as Archbishop of Samos in 1666. Five years later he left his diocese and travelled to Europe, visiting Rome, Paris, London and Oxford. Scholars such as Antoine Galland in Paris and Thomas Smith in Oxford invited this Greek Orthodox priest to take part in their theological discussions. Until now, Georgirenes has been best known for having established the first Greek Orthodox church in London in Soho, and for publishing a detailed account of the condition and practices of the Orthodox church living under Ottoman rule. This booklet - A Description of the Present State of Samos, Nicaria, Patmos and Mount Athos - was published in London in 1677 and is republished here for the first time in England. Caught up in the Popish Plot, Georgirenes left England in 1682 and it was not known what happened to him. For the first time, however, this biography reveals the extraordinary further adventures of this much-travelled priest.

John Penrose Barron was a classical scholar and Philhellene, educated at Clifton College and Balliol College, Oxford. He was Professor of Greek at King's College London and Director of the Institute of Classical Studies and, subsequently, Master of St Peter's College, Oxford. His DPhil thesis on the history of Samos in the Archaic period led him to Georgirenes' account of the island of Samos published in 1677, which he found in the library of Balliol College. John Barron had completed all but one chapter of this biography when he died in 2008.