The Invocation of Christ in Eastern Monastic Psalmody c. 350-450 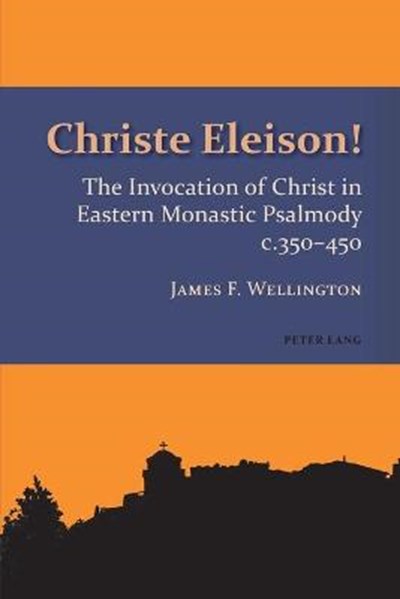 The Invocation of Christ in Eastern Monastic Psalmody c. 350-450

eBook FAQ
Add to Basket
Publisher: Peter Lang AG, Internationaler Verlag der Wissenschaften
ISBN: 9783034317894
Number of Pages: 241
Published: 18/07/2014
Width: 15 cm
Height: 22.5 cm
Description Author Information Reviews
For centuries the Jesus Prayer has been leading Orthodox Christians beyond the language of liturgy and the representations of iconography into the wordless, imageless stillness of the mystery of God. In more recent years it has been helping a growing number of Western Christians to find a deeper relationship with God through the continual rhythmic repetition of a short prayer which, by general agreement, first emerged from the desert spirituality of early monasticism. In this study James Wellington explores the understanding and practice of the psalmody which underpinned this spirituality. By means of an investigation of the importance of psalmody in desert monasticism, an exploration of the influence of Evagrius of Pontus and a thorough examination of selected psalm-commentaries in circulation in the East at this time, he reveals a monastic culture which was particularly conducive to the emergence of a Christ-centred invocatory prayer.

James F. Wellington is a Church of England parish priest. He has been awarded a doctorate through the Archbishop's Examination in Theology for the thesis on which this book is based. He also holds an M.Phil. from Nottingham University for Qui Imperatori Ecclesia?, a study of Christian understandings of the State in the fourth century, and an M.A. from Fitzwilliam College, Cambridge. He has presented papers at the Third and Fourth British Patristic Conferences, and is a member of the International Association of Patristic Studies.