Essays in Honour of Padraic Conway 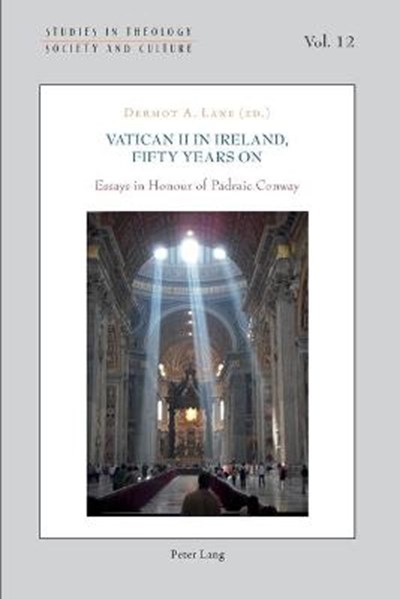 Essays in Honour of Padraic Conway

eBook FAQ
Add to Basket
Publisher: Peter Lang AG, Internationaler Verlag der Wissenschaften
ISBN: 9783034318747
Number of Pages: 405
Published: 21/05/2015
Width: 15 cm
Height: 22.5 cm
Description Author Information Reviews
This book commemorates the fiftieth anniversary of the Second Vatican Council, which concluded in 1965. A selection of essays by distinguished Irish theologians offers an objective assessment of the historical reception and pastoral implementation of Vatican II in Ireland with the benefit of half a century's hindsight. The authors discuss from a variety of different perspectives the theological significance of the Council for the self-understanding and reform of the Catholic church, both in the past and for the future.

Dermot A. Lane is a well-known Irish theologian and former President of Mater Dei Institute of Education, Dublin City University. He has written extensively on Vatican II over the years. His most recent publications include Stepping Stones to Other Religions: A Christian Theology of Interreligious Dialogue (2012) and Religion and Education: Reimagining the Relationship (2013). He is currently pastor of Balally parish in Dublin.