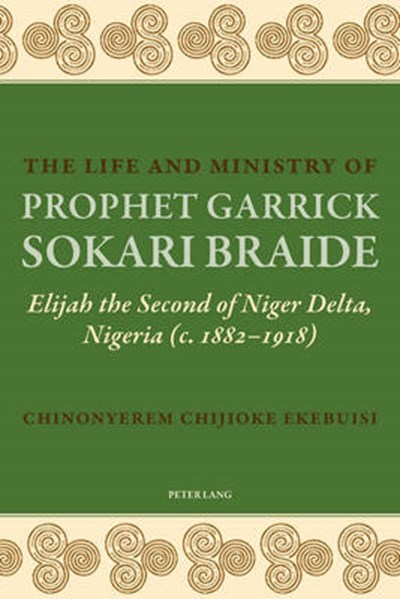 eBook FAQ
Add to Basket
Publisher: Peter Lang AG, Internationaler Verlag der Wissenschaften
ISBN: 9783034318785
Number of Pages: 257
Published: 16/12/2014
Width: 15 cm
Height: 22.5 cm
Description Author Information Reviews
This study investigates the life and activities of Garrick Sokari Idikatima Braide, an African prophet, missionary and revivalist, in the evangelization of the Niger Delta area of Nigeria from 1890 to 1920. The book focuses on Braide's revival movement and its impact on the mainstream churches and the grassroots spread of Christianity, which reached over a million people in an area where the progress of Christianity had been very slow. Overall, the book reinterprets reports and publications on Garrick Braide in order to highlight African initiatives in the Christian evangelization of Nigeria. It also traces the chronological developments in Braide's ministry and the reasons behind his conflict with the Niger Delta Pastorate Board and his persecution by the colonial administration. The book further contributes to the debate on the reasons for the mass conversion of the Igbo to Christianity in the early decades of the twentieth century and the African origin of Pentecostalism in general.

Chinonyerem Chijioke Ekebuisi, a Methodist Minister, is currently the Director of the Board for Theological Education of Methodist Church Nigeria. He received a PhD from the Department for the Study of Religions, University of Ghana, for his thesis titled 'African Initiative and Christian Missions: The Life and Ministry of Prophet Garrick Sokari Braide (Elijah II) of Niger Delta, Nigeria (c. 1882-1918)'. Previously, he lectured for six years at the Methodist Theological Institute in Nigeria, teaching Christianity in Africa, Pentecostalism (histories and theology) and Mission Studies.