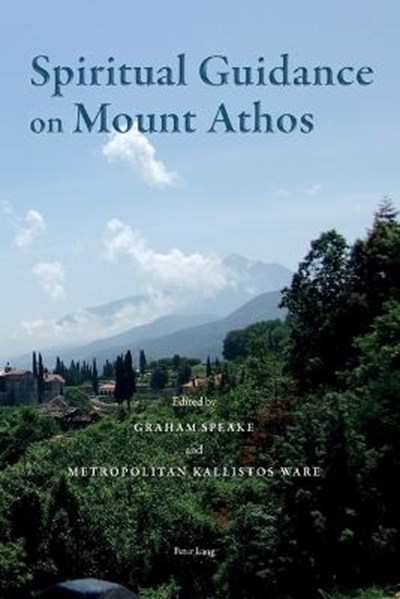 eBook FAQ
Add to Basket
Publisher: Peter Lang AG, Internationaler Verlag der Wissenschaften
ISBN: 9783034318945
Number of Pages: 157
Published: 17/03/2015
Width: 15 cm
Height: 22.5 cm
Description Author Information Reviews
Spiritual guidance is the serious business of Mount Athos, the principal service that the Fathers offer to each other and to the world. Athonites have been purveyors of spiritual guidance for more than a thousand years in a tradition that goes back to the fourth-century desert fathers. The recent monastic renewal on the Mountain is testimony to the Fathers' continuing power to attract disciples and pilgrims to listen to what they have to say. The papers included in this volume examine some of the many aspects of this venerable tradition, as it has developed on Mount Athos, and as it has devolved upon monks and nuns, spiritual fathers and confessors, lay men and women, in other parts of Greece and in the world. Most of the papers were originally delivered at a conference convened by the Friends of Mount Athos at Madingley Hall, Cambridge, in 2013.

Graham Speake studied classics at Trinity College, Cambridge, and was awarded a doctorate by the University of Oxford for a thesis on the Byzantine transmission of ancient Greek literature. He is the founder and Chairman of the Friends of Mount Athos and author of Mount Athos: Renewal in Paradise (2nd edn., 2014), for which he was awarded the Criticos Prize. He is also a Fellow of the Society of Antiquaries of London. Kallistos Ware holds a doctorate in theology from the University of Oxford where from 1966 to 2001 he was Fellow of Pembroke College and Spalding Lecturer in Eastern Orthodox Studies. He is a monk of the monastery of St. John the Theologian, Patmos, and an assistant bishop in the Greek Orthodox Archdiocese of Thyateira and Great Britain. In 2007 he was raised to the rank of metropolitan.