Jews and Christians in Roman-Byzantine Palestine 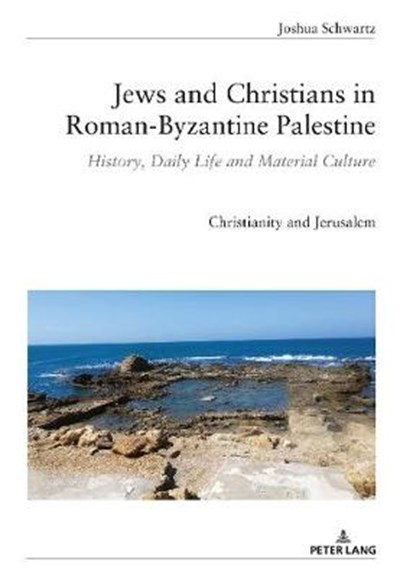 Jews and Christians in Roman-Byzantine Palestine

Publisher: Peter Lang AG, Internationaler Verlag der Wissenschaften
ISBN: 9783034335874
Number of Pages: 1276
Published: 26/09/2018
Width: 15.5 cm
Height: 22.5 cm
Description Author Information Reviews
The history and everyday lives of Jews and Christians in Roman-Byzantine Palestine were both separate and intertwined from the time of Jesus and afterwards. At first, it was not always easy to tell Jew and Christian apart and even when their ways parted, many aspects of their respective societies and material culture were similar and often indistinguishable from one another. Beliefs might have evolved differently, there may have been tension between the communities, particularly over Jerusalem and the meaning of its Temple, and Jews and Christians did engage in theological polemics, but their daily lives intersected and when it came to dress, recreation, leisure, and pets, they were often the same. Jews cannot be understood without Christians nor can Christians of ancient Palestine be understood without Jews. Separate, but together, different, but often identical. This work includes the previously-published collected studies of the author on Jews and Christians in Roman-Byzantine Palestine.

Joshua Schwartz is Professor of Historical Geography of Ancient Israel and Director of the Ingeborg Rennert Center for Jerusalem Studies at the Department of Land of Israel Studies and Archaeology, Bar-Ilan University, Ramat-Gan, Israel. He is a former Dean of the Faculty of Jewish Studies at Bar-Ilan.