Roads to and from Mount Athos 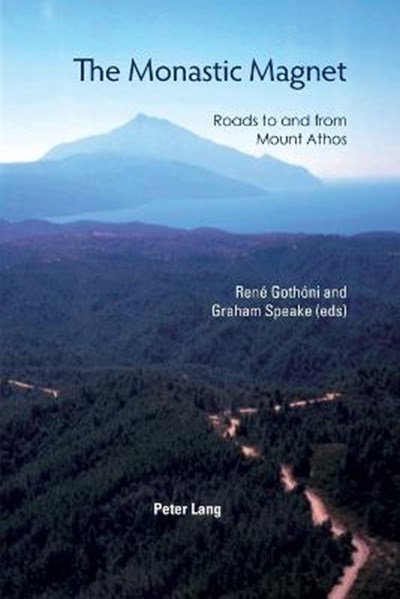 Roads to and from Mount Athos

Publisher: Verlag Peter Lang
ISBN: 9783039113378
Number of Pages: 197
Published: 03/06/2008
Width: 22 cm
Height: 18 cm
Description Author Information Reviews
Mount Athos has been exercising its magnetic attraction on monks and pilgrims for over a thousand years. As the papers collected in this volume show (many of them delivered at a conference convened in Helsinki in 2006 to mark the opening of an exhibition of treasures of Mount Athos), monks have been drawn to its forests, cliffs, and caves in search of tranquillity and the inspiring teaching of charismatic elders since the ninth century. Through the Hesychastic renewal which began on Athos in the late Middle Ages the Holy Mountain acquired unprecedented importance throughout the Balkans, Eastern Europe, and Russia and rapidly extended its spiritual influence from the Mediterranean to the White Sea. Many of the papers are concerned with aspects of pilgrimage to Athos and the effect that a visit to the Mountain has on pilgrims' lives. Today the magnetism has lost none of its force and, despite threats to its environment and its unique way of life, Athos continues to operate as a spiritual powerhouse offering refreshment to all who turn to it.

The Editors: Rene Gothoni is Professor of Comparative Religion in the University of Helsinki, a life member of Clare Hall, Cambridge, and life member of the Finnish Society of Sciences and Letters. He is also President of the Finnish Society of Friends of Mount Athos. He is the author of Attitudes and Interpretations in Comparative Religion (2000) and The Unknown Pilgrim (2006) and edited How to Do Comparative Religion (2005). Graham Speake studied classics at Trinity College, Cambridge, and wrote a doctoral thesis at Christ Church, Oxford, on the Byzantine transmission of ancient Greek literature. He is the founder and Secretary of the Friends of Mount Athos and a Fellow of the Society of Antiquaries of London. He is author of Mount Athos: Renewal in Paradise (2002), which was awarded the 2002 Criticos Prize, and co-editor of Mount Athos the Sacred Bridge: The Spirituality of the Holy Mountain (2005).