General Chapter in a Religious Institute 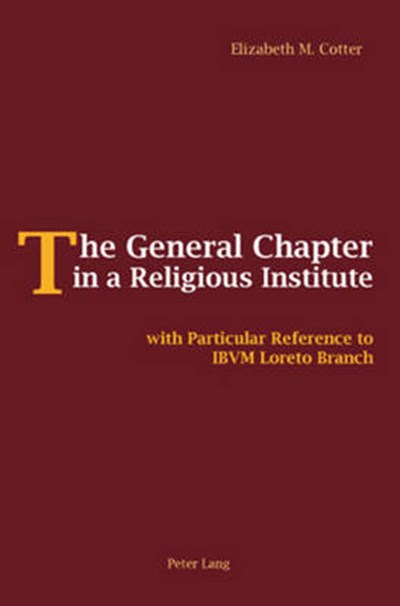 General Chapter in a Religious Institute

Publisher: Verlag Peter Lang
ISBN: 9783039114146
Number of Pages: 380
Published: 21/10/2008
Width: 22 cm
Height: 15 cm
Description Author Information Reviews
This book examines the historical antecedents of the concept of general chapter, the supreme authority in an institute of consecrated life. This provides the basis for an examination of the contemporary understanding of the nature of its power and authority, as portrayed in the 1983 Code of Canon Law. The general chapter is analysed in terms of its juridic status, collegial nature, participative character and representative function as well as its dynamic aspects and faith dimension. The author applies the findings to one institute of consecrated life, Institute of the Blessed Virgin Mary Loreto Branch. This application provides an example of the challenges inherent in working participatively and collaboratively within a hierarchical structure. Because consecrated life has an inalienable ecclesial dimension, understanding authority and power and their exercise in institutes of consecrated life has relevance for understanding authority and its exercise in other organs of authority at all levels in the church.

The Author: Elizabeth M. Cotter was born and educated in Dublin. Following her novitiate in IBVM and studies in University College Dublin, she taught in Loreto schools. She was Principal from 1985 to 2001 during which time she received an M.A. in Adult Christian Community Development from Regis College, Denver, CO. From 2001 to 2006, she studied for Licence and Ph.D. in Canon Law at Saint Paul's University, Ottawa. She was appointed Vicar for Religious in Dublin Archdiocese and teacher of Canon Law in Milltown Institute in 2006.