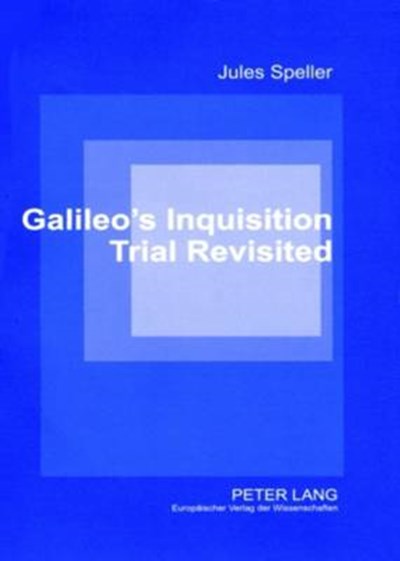 Publisher: Peter Lang AG
ISBN: 9783631562291
Number of Pages: 432
Published: 14/02/2008
Width: 16 cm
Height: 23 cm
Description Author Information Reviews
This book shows that the known accounts of Galileo's trial leave many important facts unexplained or even clash with them. A most careful reading of the relevant documents and treatises backs an interpretation which has Pope Urban VIII sue Galileo for denying God's omnipotence or His omniscience by admitting the "absolute truth" of Copernicanism. The Pope's opinion results from an argument he fully trusts, together with his belief that Galileo failed to fulfill a condition to which the publication of the Dialogue was subjected. That the trial does not end with a conviction for Urban's awful "formal heresy" but merely for "vehement suspicion of heresy", with the "heresy" consisting in the pseudo-heretical belief in a doctrine contrary to the Bible, all this is due to the existence of a Galileo-friendly party inside the Holy Office, led by Cardinal Francesco Barberini and powerful enough to wring a compromise from the Pope.

The Author: Jules Speller, born in 1943, studied Philosophy, Classics and Romance languages and literatures at the Universities of Strasbourg, Caen, and Wurzburg from 1962 to 1966, submitting in 1969 a thesis on the role of language in Robert Reininger's theory of knowledge. From 1975 to 1996 he taught at the " Departement de Droit et des Sciences economiques " of the " Centre Universitaire de Luxembourg ", first as a Lecturer in Logic, and subsequently as Professor of Philosophy. He has published articles or delivered papers on logic, on the theory of argumentation, and, more recently, on Galileo's trial. He is also the author of a work on Mozart's Magic Flute.