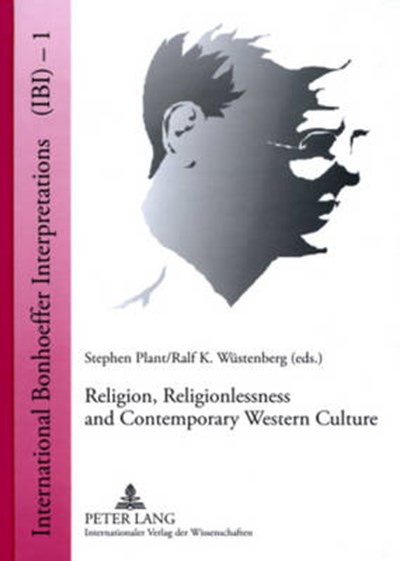 Publisher: Peter Lang AG
ISBN: 9783631577547
Number of Pages: 134
Published: 10/04/2008
Width: 14.8 cm
Height: 21 cm
Description Author Information Reviews
This first volume of the new series International Bonhoeffer Interpretations (IBI) contains several impulses for translating Bonhoeffer's key ideas on Religion, Religionlessness and the Church into current contexts. These impulses vary from prospects for a Christian university looking at Bonhoeffer's distinction between the 'ultimate and the penultimate things' to an ethical understanding of Bonhoeffer's 'as-if-theology' in the light of Luther's distinction between law and gospel; from a fresh perspective on Bonhoeffer's religionless Christianity in the light of his thought on 'oikumene' to a Christological re-interpretation of repentance as the contribution of religionless Christianity to the task of the Church in the United States of America. The impulses are framed by programmatic contributions suggesting a framework for reading Bonhoeffer in the 21st century in his hermeneutic exploration of Bonhoeffer's theology and the crises of Western culture, and analyzing 'religionless Christianity' in a complexly religious and secular world.

The Editors: Stephen Plant is Senior Tutor and Director of Studies at Wesley House in the Cambridge Theological Federation, an Affiliated Lecturer in the university of Cambridge, Faculty of Divinity, and a Senior Member of St Edmund's College, Cambridge. He is a graduate of Birmingham and Cambridge universities and has worked in local ministry and as Europe Secretary for the Methodist Church. He writes regularly for The Times newspaper, and is the author of several books. Ralf K. Wustenberg is Director of the Institute for Protestant Theology and Visiting Professor for Systematic Theology at Freie Universitat Berlin. He is a graduate of Humboldt-Universitat zu Berlin (Ph.D. 1995) and the university of Heidelberg (Habilitation 2003). In 1999 he was Research Fellow at the university of Cape Town and in 2002 the Visiting Bonhoeffer Teaching Scholar at Union Theological Seminary, New York. He is author of several books.