A Study of Selected Texts 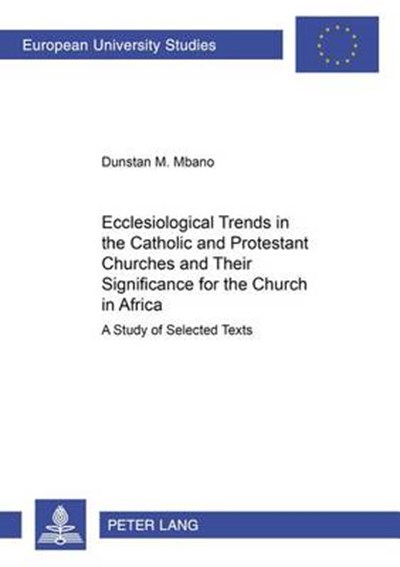 A Study of Selected Texts

Publisher: Peter Lang AG
ISBN: 9783631584972
Number of Pages: 308
Published: 10/11/2008
Width: 14.8 cm
Height: 21 cm
Description Author Information Reviews
The book explores ecclesiological trends as evidenced primarily by five modern documents of the Catholic and Protestant Churches. The analyses of the Encyclical Mystici Corporis Christi, Lumen Gentium, Ecclesia in Africa, The Church of Jesus Christ and The Theological Declaration of Barmen show not only a transitional process in the Church's self-understanding but also the correction of, among other things, an overemphasis on the Church as a social entity. Beyond mere correction, however, these ecclesiological texts initiated the way towards new impulses and marked a shift of emphasis in the focus of theological analyses. In a number of ways, these trends also augmented the importance of church unity, ecumenical dialogue, the integration of the New and Old Testament and an understanding of the Church as communion and they have shown how central for ecclesiology the Christ event is, wherein the Jewishness of Jesus is emphasized.

The Author: Dunstan M. Mbano, born in 1965, is a priest of the Catholic Archdiocese of Songea (Tanzania). He worked as curate in the Parishes of Namabengo and Songesa (1992-1997) and as chaplain of Benedictine Sisters of St. Agnes Convent, Chipole (1997-1999). The Author holds a Doctorate in Dogmatic Theology from the Sankt Georgen Graduate School of Philosophy and Theology Frankfurt am Main.