A Dialogue with the Igbo (African) Thought and Culture 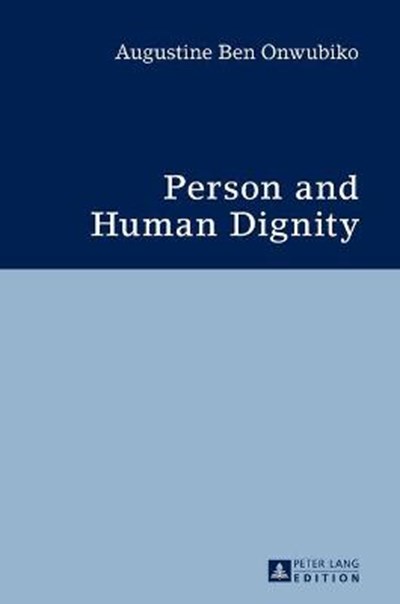 A Dialogue with the Igbo (African) Thought and Culture

QTY
Add to Basket
Publisher: Peter Lang AG
ISBN: 9783631624869
Number of Pages: 360
Published: 08/05/2013
Width: 14.8 cm
Height: 21 cm
Description Author Information Reviews
Human dignity as a shared heritage of humanity functions as an anthropological key to the understanding of the person. Historically it became the fundament for modern constitutions and rights. Although found almost on every lip the meaning of human dignity remains inexhaustible. The difference in the understanding of human person mirrored in the various cultural and traditional human images comes from the open ended nature of the concept. In this sense human dignity remains an interpretative open concept that creates a useful gap among cultures, which theology can fill through dialogue. Originally themes like human beings and history did not belong to the classical dogmas, but were later recognised in the late middle Ages as veritable sources of theological knowledge (Loci theologici alieni). This book focuses on the problems of person and human dignity. It takes advantage of the Melchior Cano's principles of theological knowledge to stage a dialogue with the Igbo (African) thought and culture.

Augustine Ben Chukwubikem Onwubiko is a priest of Ahiara diocese, Nigeria. He studied philosophy and theology at St. Joseph Major Seminary lkot Ekpene (an affiliate of Urban University Rome) from 1986 to 1994. Ordained a Catholic priest in 1994 he served as curate and parish priest in the diocese and became the national chaplain of the Catholic Nurses Guild Nigeria (CNGN) and the diocesan Cathedral Administrator. He obtained his PhD in Dogmatic and Ecumenical Theology from the Ludwig Maximilians-University Munich (LMU) in 2012.