Pentecostal Movement, its Challenges and Potential 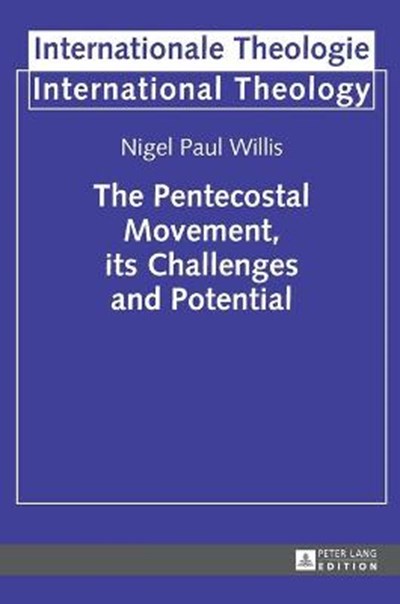 Pentecostal Movement, its Challenges and Potential

QTY
Add to Basket
Publisher: Peter Lang AG
ISBN: 9783631641408
Number of Pages: 202
Published: 16/08/2013
Width: 14.8 cm
Height: 21 cm
Description Author Information Reviews
The worldwide Pentecostal movement has 525 million adherents. A feature of the movement has been its embrace of pluralism and pragmatism. There are features of worship which are commonly and incorrectly considered to be distinctive to Pentecostalism. The quality of the spiritual experience of adherents provides a convincing explanation for its growing following. Pentecostalism has had a complex relationship with modernity. The movement faces challenges but the spiritual experience of Pentecostals could enrich conversations not only among Christians but also between Christians and those of different faith, even those with no faith at all. There are Pentecostals who are willing to explore the potential that lies in an expanding dialogue about spiritual experience around the world.

Nigel Paul Willis was born in Cape Town (South Africa). He is currently a Judge of the Supreme Court of Appeal in South Africa. He was been Chairman of Board of Trustees for the Anglican Diocese of Johannesburg since 2005.